A Chronological Ledger of All Those Who Have Crossed Me

by Lindsay Rae Brown 16 days ago in Humanity

You had better hope to hell you aren't on this list 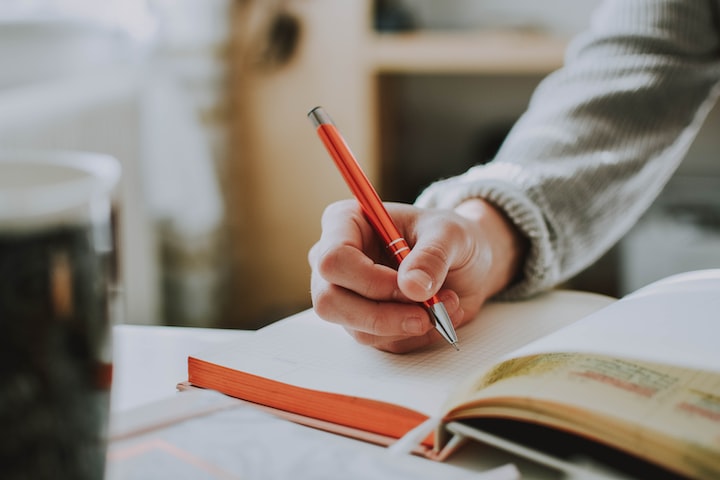 Photo by fotografierende on Unsplash

For a 35-year-old housewife living in a small Southern Albertan city, I have acquired a significant amount of mortal enemies.

I don’t know how this came to be, but what I do know is that I have kept a strict mental list of those humans who have crossed me over the years. This helps me in holding a grudge against these people for the rest of my damn life.

The nurses who cared for me in the hospital as an infant.

Sure, they helped keep my 6-week premature body alive, but they also nicknamed me Queeny. Queeny! Not because of my regal manner but instead due to the fact that I screamed so bloody loudly for the first few weeks of my life. I would bellow at the top of my tiny undeveloped lungs until someone would figure out what it was that I needed. People were calling me a handful before I was even two weeks old.

I was a baby! I had no other way to communicate my needs!

For that one time, she laughed at me when she walked in on me playing with my Barbies. We had just arrived home from visiting a family friend who had recently married a Russian woman. I loved listening to Yelena speak in her Russian tongue. At the young and uncultured age of six years old, it was such a novel and worldly experience.

So, of course, I tried to emulate the language later that day while playing with Ken and the gals.

There I was, sitting on my bedroom floor gibbering nonsensical words in an aggressive guttural tone and thinking I 100% could speak and understand the Russian language.

Mom still laughs about this legendary family story to this day.

And I shall never forgive her for that.

My grade 4 teacher who made me sit on her lap (Ewww) in the middle of class because I was crying due to failing a math exam.

Like, I’m pretty sure a teacher would go to jail for that shit nowadays.

Billy, the popular boy from grade 6 for that time he unleashed the wrath of his older sister upon me when I wouldn’t stop harassing him on MSN messenger.

Okay, who among us hasn’t harassed their middle school crush in an online chat room? It’s insane to think that I’m the only person to have done this. And, like, Billy’s sister was scary AF. All, “Leave my brother alone, you little freak!”

Didn’t she know I was just trying to get some handholding action at recess the next day? Ugh. Sisters. They can be so temperamental.

For that one time, he yelled at me for slicing the cheese too thickly and said, “What do you think I am, made of money?!”

Ohhh, even thinking about that still burns me up, man.

My best friend Janelle for making fun of my hair.

It was the first day of grade nine, sunny and the air full of newfangled possibilities. I had fashioned my locks into two perky pigtails that were curled at the ends. This doo, I figured, showed the world that I was sophisticated enough to use a curling iron but also holding on to a certain level of joyful youth. It was perfect.

That is until I arrived at school, and Janelle immediately looked at my hair and said, “We’re in grade nine now; you really shouldn’t be wearing your hair in pigtails.”

Despite her slight that day, we remain best friends, and also, I hold onto this memory with a death-like grip.

The most popular girl in high school

Because she told me I wasn’t allowed to attend her birthday party since I’d likely eat her out of house and home.

Well, excuuuuuuse me for getting excited about party snacks, Kenzel.

That girl at that one high school party (that I was invited to) who convinced me it would be a great idea to let her pluck my eyebrows.

The result: two whole years to grow back my gloriously bushy eyebrows.

The guy I lost my virginity to.

Did he really need to tell people that I have an abnormally long butt crack? Probably not. Long butt cracks are the new long legs.

The towel dude at the first Mexican all-inclusive resort I ever stayed at.

I actually can’t remember why this guy is on my Mortal Enemy list, but I know he’s there for a reason. I’m pretty sure he was withholding fresh poolside towels to my friends and me because he didn’t like our faces.

That, or the management told him that we were whipping hot people's butts with those very towels and advised him to stop supplying us with any more butt-whipping towels.

The guy who jokingly handcuffed me and my roommate’s wrists together while we were all drinking and then took off with the key, resulting in me puking all over my roommate and her vehemently hating me henceforth.

Anyone who has ever not laughed at my jokes.

Anyone who has left me hanging when I try to give them a high five.

Anyone who uses the word sheeple in a totally serious way.

Come on, people, don’t you know that every time the word sheeple is spoken aloud, a rich white man gets unduly elected to office?

That woman who mistook my infant daughter for a boy.

Sure she was wearing a blue romper, and yes, I may have overreacted because I was not yet educated in the fact that gender is just a societal construct, and we put too much emphasis on these preconceived labels.

But the woman was already on my list, and once you’re on the list, there’s no going back.

I may be a hypochondriac.

That man outside of Wal Mart who told me I’d be prettier if I smiled.

I know I’d be prettier if I smiled. It’s generally a well-known fact that people are more attractive when they smile. The thing is, I don’t give a shit if your crusty ole ass thinks I’m cute or not.

For saying that, my new army green romper looks like I’m about to set off for military service. How many times do I have to tell him that it’s a cute look?!

(See, I do actually care if my husband's crusty ole ass thinks I'm cute or not.)

So there you have it, folks, a complete list of my mortal enemies.

You may be wondering what my plans for retribution are against these foes, and I would be inclined to tell you that the revenge is this list itself.

Although we both know I’m eviler than that, so I guess we’ll just have to wait and see.

Lindsay Brown is a writer who is working on some better articles, she promises.