15 is the lucky number

by Thomas Vaccaro 8 months ago in Dating 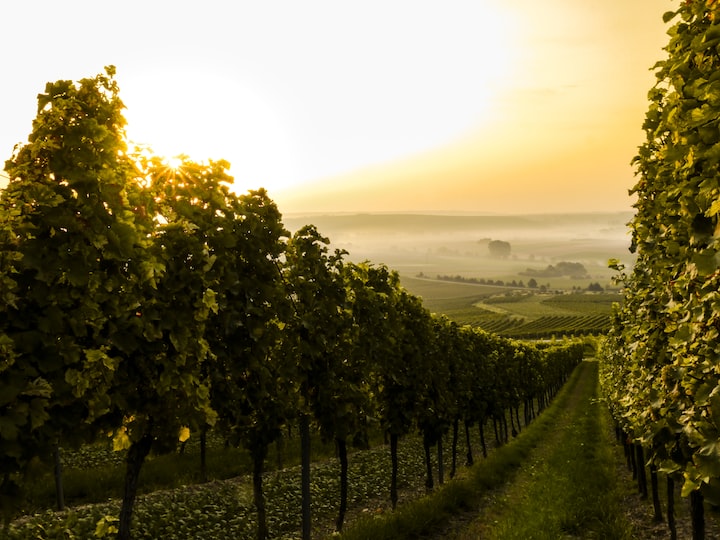 Photo by Sven Wilhelm on Unsplash

Bored out of her mind, Jayla sits across the dinner table, sipping her drink while contemplating ways to escape this horrendous date. Sitting on this particular date, she finds herself thinking about everything except the current conversation. Jayla was no stranger to being subjected to terrible and mind-numbing first dates. Throughout her 20's she has been on 13 first dates. Only 2 of those dates turned into a second date. Not one lucky man has made it a 3rd date.

Jayla feels herself just counting down the hours, minutes, seconds until first date number 14 is over. Before it has ended, she has already determined there will not be a second.

"How's your dinner?" Murmurs her date, Jayla looks up from her plate, breaking her spiraling self-despair thoughts.

"It's good, wheres the waiter, I need a drink to wash this all down?" She responds while her date sits and nods with a blank stare. He must know that a second date is out of the question at this point. The only polite thing he has done is asked the waitress to fill my glass.

After another awkward silence, Jayla finally thinks of an escape. She build up her confidence by taking a sip of wine and silently planning.

Right as she was about to put her foolproof plan into action, her date says "I have a confession" like he was vomiting words. Jayla could not care less about what this stupid confession is going to be. She just wants to get out.

She impatiently responds "What?"

After another awkward silence paired with a blank stare, Jayla's date rebuttals with "I'm married, sorry I didn't mention it before."

Sorry, he didn't mention it before? Jayla looks at him with the same blank stare he had given her for the last 2 hours. She cannot believe this guy. Oh well, this was her perfect chance to get out of the situation without having to make a sorry excuse.

Jayla says nothing, picks up her glass of merlot and throws it in his face. As she storms out, she can't help but smile.

She thinks to herself, "15 is the lucky number"

As he arrives at the restuarant, Tim looks around for his date. He met Jayla on an online dating app and was immediately attracted to her profile. Her pictures of her wine tours in Napa Valley were a major bonus. Tim considers himself a wine connoisseur and has always been on the search for someone with a similar interest.

He was hopeful that Jayla could be that person he has been waiting for. He finally locks eyes with Jayla who was sitting at the bar sipping on a glass of wine. He walks over to her to formally introduce himself.

"Hi, I'm Tim, you are more beautiful in person"

She nods and laughs.

"What are you drinking?" Tim asks as he calls the waitress over.

"Let's get you a refill" Tim continues to the waitress

"And I will also take a glass of Merlot."

While Tim is looking through the menu deciding what he wants to order, he looks up to hear Jayla talking to the server.

"Yeah, I'll take the spicy tuna with a shrimp cocktail on the side"

Tim looks up from his menu and has a blank stare of disbelief. Not only did she just order without making sure he was ready, but she ordered a spicy tuna? with a side of shrimp? Anybody who drinks wine knows that this is not a desirable combination.

Tim quickly comes to his senses. He now realizes that Jayla is on her 10th glass of wine and she could care less about how it tastes. She is wasted!

Instead of trying to get to know Jayla as he planned, Tim is waiting for dinner to come so he can pay the check and leave. The conversation has come to a halt and he spends most of the time staring at Jayla who is nearly incoherent at this point.

As Jayla sips away on her drink, Tim decides to turn the date into a game. He decides to see how many glasses of merlot Jayla will drink before she tosses one in his face.

Jayla is now finishing her 14th drink and ordering one more as the dinner date begins to wind down. Tim notices that Jayla is about to make a B-line for the door and he decides to go for the hail mary.

Tim not filly coming up with a plan yet, mutters out "I have a confession"

He is thinking of all the possible ways to make her so mad that she tosses a drink in his face. Jayla looks impatient so Tim decides to take his shot.

The only thing Tim could think of is to say "I'm married" and he even apologizes for not bringing it up early. Even though this was a bald-face lie, it works.

Jayla takes her glass of Merlot, winds up and tosses it straight into Tim's face.

For some weird reason, a proud Tim thinks to himself