by FCA Toronto 3 months ago in football

Race for Øygarden's Signature Heats Up 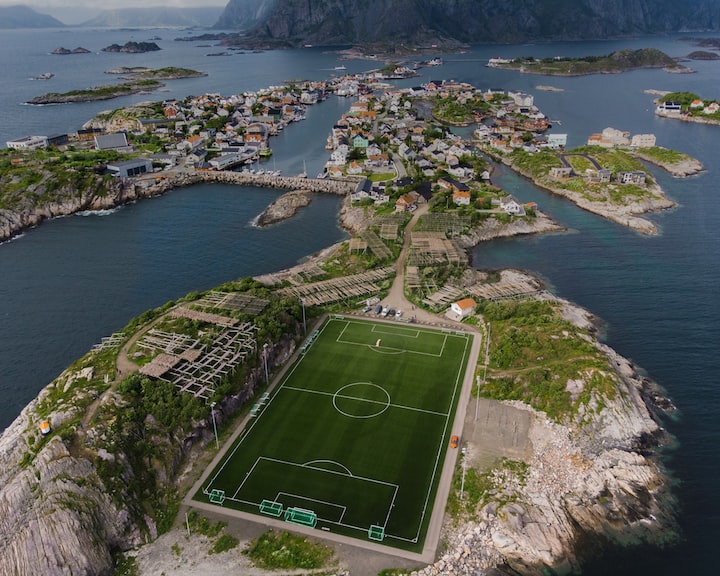 Photo by Dmitry Limonov on Unsplash

Pre-season has just begun for Toronto, and already the rumour mill of transfers to the third division outfit is rife. Toronto has been tracking the now 17-year old midfielder for a while now and wants to make Øygarden their first international signing following Canadian Einar Teigen who joined earlier today after passing a medical.

While Toronto remains the favourites for his signature, there is strong interest to keep Øygarden in his native Norway with multiple clubs also vying up the U-19 international. Sources close to the club say that the deal is merely hours away from being completed. Personal terms have apparently already been agreed upon and are now down to a transfer fee to be negotiated between Toronto and Ringen.

While Ringen has not spoken publically about the potential deal, they reluctantly have accepted that Øygarden will leave the club in the near future after a string of strong displays for their youth team alerted the attention of scouts around the world.

Earlier today, Toronto announced the signing of Einar Teigen. The 17-year old become Hampson's first signing since returning to the club only a few days ago.

"Einar is a special kind of player who we hope will have many successful seasons here at Bruntwood Park,"

Hampson said to the press when unvailing Teigen.

"We have a vision for Toronto, and we strongly believe that a combination of experience and youth, both from the academy and from other clubs is the right way forward to propel this club back to the First Division."

The $35-million rated Teigen will now link up with the first team before they head out to training camp in Romania. A number of friendlies against Super Gama, Farul Brasov, CD Calatorao, and FC Vyg will serve as preparation for the pre-season showpiece the North American Cup back in Canada.

For the European trip, Hampson recently promoted three academy prospects to the first team along with fellow youngsters Seth Doupierre and Canadian U-18 international Jamie Phillips who was promoted last year bringing the number of youth players to six.

Drummondville native Patrice Devereaux is the latest defender to make the step up to the first team. The former Elite Development Squad captain showed the management team he was ready with a number of strong showings during last seasons run to the Youth Cup semi-finals.

He is joined by fellow Quebecer Shaw Mathieu, and Hellerup-born and Toronto raised Peder Ejerslev. The pair racked up a combined 48 goals last season in the Ontario Soccer League and included scoring 7 between them as Toronto routed Midland FC 8-2 in the OSL Regional Cup Third Round in S210.

"We just hope that we can continue our form and really prove that we're ready for the step up. I can't wait to team up with Jamie and the other lads," - Shaw Mathieu upon joining the first team.

"Peder and I have been teammates for a number of seasons now, and happy he's here too. Hopefully together we can bag a few goals and help the team any way we can."

"The academy has proven time and time again that quality players can come through our doors and make it to the first team,"

"Down here in the lower leagues is where boys become men and really learn the sport of football. It's not the same as playing in the youth leagues even if against the likes of Kitchener, or Les Loups."

With the youth promotions, Teigen and hopefully Øygarden joining the team, Toronto fans can look forward to a new spine developing in the squad for future seasons.

If you’d like to play ManagerLeague and manage your own team to glory, check them out by clicking here.

Rising from the ashes, FCA Toronto tries to battle back from lower league obscurity to the top of the Canadian footballing pyramid.

Fictional tales from the ManagerLeague universe.

Read next: Greatest World Cup Goals of All Time