by Lindsay Rae Brown 27 days ago in face

And I’m still using it to this day. 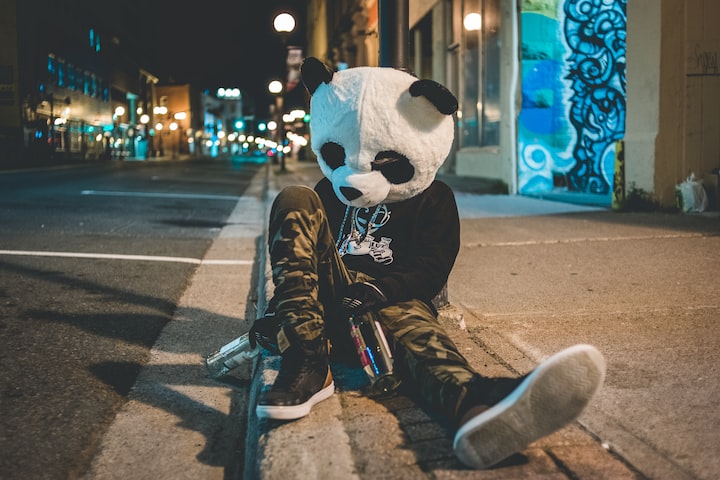 When one embarks on a girl's trip to Mexico at 18 with three of her closest friends, there are bound to be shenanigans. Hopefully not dreadful, getting tied up in some Mexican Cartel drug situation type shenanigans, but you know, the normal kind of shenanigans. Is this the most someone has ever used the word shenanigans in an introductory paragraph? I hope so.

I had never been out of Canada before, so the girl's trip I took with my roommates in 2005 was very special to me. I was young and ready to party like any 18-year-old. Bright and bushy-tailed with independence.

There is something about Mexico that makes me very, very drunk off of very little alcohol. Maybe it’s the high humidity? I don’t know. Whatever it is, I get pretty smashed easily whenever I visit. In recent years (anytime after my 20’s), I’ve learned to somewhat watch out for this phenomenon.

Within a day and a half of getting to our resort, I was dancing on tables, making out with random men, yelling my newfound catchphrase to any person walking by me, “I hate the towel boy in this place!” For the record, the towel boy was the gentlemen who stood at the mobile station next to the pool handing out the hotel towels to the guests. Neither he nor I knew why I had it out for him.

The friends I was touring with were all seasoned travellers, so they did not come down with this alcohol-induced infliction as badly as I did. This was unfortunate because I was quickly becoming that “crazy chick” to all the other resort-goers. The staff would groan as they saw me stumbling my way towards the bar. Mothers would shield their young children’s eyes as one of my boobs fell out of its bikini cup. I was a mess. And I loved it.

I’d love to tell you more stories about this adventure, but I can’t remember shit about the week. I was drunk, basically every minute, I wasn’t sleeping. It’s a miracle I didn’t get alcohol poisoning or drown in the ocean when I’d go for my midnight swims.

Nevertheless, the one moment I do remember has come in handy for the following 15 years. I had just been crying. You know, that sort of crying that only self-indulgent middle-class teenagers do when they’ve had too much to drink and the topic of their alcoholic father or that dude that dumped them last year which they thought was “the one” come up. I was in my room with my friend Kayleigh and looking at myself dolefully in the warped and cloudy bathroom mirror.

“I’m hideous,” I screamed. The combination of the shitty mirror with mascara running down my face and my already blurred vision did not do me any favours. “I can’t go back out there like this!”

We had been drinking with new friends who were cute and nice, but honestly, I probably shouldn’t have wanted to go back regardless of my eye makeup situation. I was messy AF.

“I got you, babe,” Kay said. She then proceeded to douse a Q-tip in face cream and rub away at my under-eyes. Even in my highly inebriated state, I was amazed at how easily this method took off makeup from one's face. Like seriously? Here I was, like a sucker, using makeup remover pads and scrubbing my face raw with a washcloth to get off the picassoian canvas that I slathered on each morning.

It was so simple. Completely removed within seconds. I was amazed for about 10 blinks of an eye, then I stumbled over to my hotel bed and slept for 14 hours straight.

And that, my friends, is the closest thing you will ever get to a beauty tip from me. We have officially exceeded my knowledge of such topics.

Ayana .
about a year ago

When you're a mom, doing your makeup is the last thing on your mind in the morning. There's so many things, moms have to do and still be looking their best just to be on time for appointments. Just because you're a mom, doesn't mean you can't still be fabulous while do so. Five to ten minutes is all you need to create a simple, natural look and you're out the door.

Working remotely, meeting colleagues only through video chat and spending way more time at home than during the whole last decade is the new norm these days. Many don’t let this opportunity pass and go hard on skincare, rigorously trying new routines and products to come out of quarantine with a better skin. Apart from applying multiple layers of creams and serums, there are some treatments that may enhance the skin almost like a visit to aesthetician would: and Dr.Numb is sharing their best tips on how to perform these treatments properly.

I put this list together by popular request. Here are the beauty products I use every day. NARS All Day Luminous Weightless Foundation ($49)