by Nicole Waite 4 months ago in makeup

A Girl’s Journey Of Becoming Comfortable In Her Own Skin 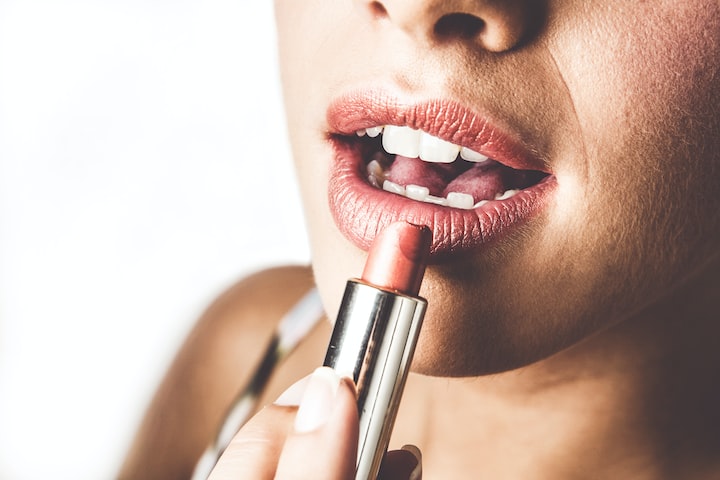 I admit it; I wouldn’t go anywhere if I wasn’t wearing makeup.

I didn’t just wake up one day and decide I wouldn’t wear makeup though. I probably should of.

This all started with being tired. I was tired.

After having my first daughter, I suffered post partum depression, sleepless nights, and many changes that happen once you become a parent.

I thought of all the things I would have to give up. I decided to cut down on the time it took me to get ready. I still wore some makeup, but not every day. It surprised me of the effects it had on me. Most days, I would forget I wasn’t wearing any.

However, this still was a process; surprisingly, mostly a mental one. Here are things I realized on my journey to being comfortable in my own skin.

I realized my outward appearance wasn’t a problem.

It took a while for me to understand why I felt like I had to put makeup on every day and never leave the house without it. As it became more routine for me, I started to believe I was the problem. Without realizing it, I was wearing more makeup to “fix” my face, but creating a belief that I needed to be fixed at the same time. Almost like somebody had written “flawed” across my face with a blender sponge, only that person was me. I was a full coverage queen. Even though I was wearing makeup everyday, I still didn’t feel good enough or contented with my appearance.

Later I realized, the root of the “problem” wasn’t on my face. I had to change my way of thinking about myself, and this didn’t happen overnight. Trust me when I say this took active thinking and trust in myself.

So I have freckles? Why is that a problem? If I find beauty in them, won’t someone else too? Or will my freckles give the spotlight to the beauty in what I say or do?

The truth is you can’t buy confidence at the beauty store. Confidence needs to be built every day.

I started feeling less confident and was withdrawn more on the days I wore makeup.

Supposedly, the purpose of makeup is to feel good about yourself. However, I had these days when I didn’t want attention. Although I didn’t want the world to see the real me for reasons instilled by society, I happened to be less confident with makeup on. Again, fixing my thinking was being set to the side because of the firmly held conviction that I needed to fix my face.

Makeup only made me feel good when I wore it, if I wanted to wear it.

If I was wearing makeup just because I felt like I had to, I was annoyed more than feeling expressive. This shown on my face long after I had put makeup on. The “I did this for you now you owe me” mentality took hold even though I didn’t realize it. Not wearing makeup, however made me pull expression from inside through my personality, my behaviorisms, and how I treated people.

Putting on makeup slowed me down.

Prioritizing what my face looked like became a problem when it started making me late to important functions. It was a lengthy part of my get-ready routine, and I’m glad I cut it out.

I realized taking care of my skin made me feel better.

Face wash, moisturizer, and exposing my face to air made me feel clean, confident, and healthy. Most makeup products have a lot of harsh and even harmful chemicals that actually damage your skin.

When I stopped wearing makeup every day, I noticed fewer breakouts, less eczema patches, and my skin naturally adopted it’s own glow. I learned that taking care of my skin did more for me than wearing makeup.

I accepted that sleep is better than being tired but pretty.

If you explore makeup tutorials on Youtube, there are several ways to apply makeup while many methods are still great but contradict each other. This goes to show that if makeup isn’t fun for you, you probably won’t enjoy a half an hour to an hour of application time. This happened to me. Especially after having kids or in the early hours of the morning.

When I decided to get a little more sleep instead of getting up early to put makeup on, my day went overall better. I got more done, felt more alert, and was confident about more than just my face.

I came to terms that the patriarchal society is more flawed than my face.

If society doesn’t hide it’s flaws, why should I hide mine? Wearing makeup shouldn’t be conditions to a job or an unwritten rule that society imposes on women. We already have enough expectations placed on our shoulders.

Nicole Waite is a freelance writer who loves giving back to the community. Twenty percent of all tips will be donated to The National Kidney Foundation to help find a cure for kidney diseases.

Receive stories by Nicole Waite in your feed
Nicole Waite
Read next: Why Activated Charcoal Soaps are Popular?