by M J Steel Collins 18 days ago in history 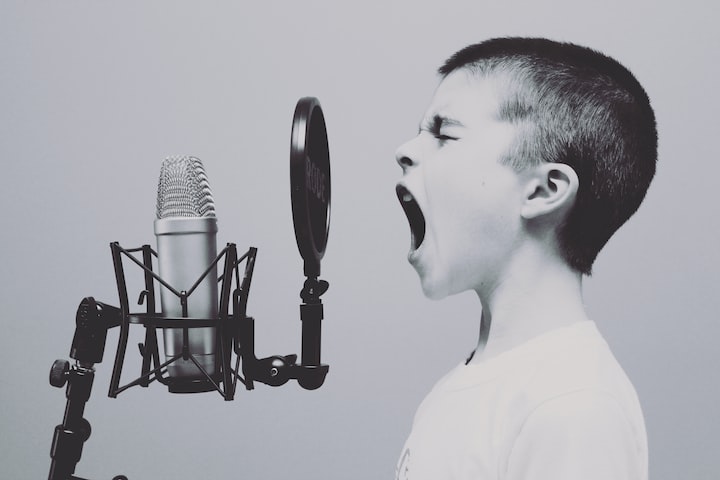 Alex Harvey, the man, the legend: there are several ways to describe him, ‘wunnerful’ being another that comes to mind. One thing that strikes me about him today is that he only seems to be known to an older set of fans. On the whole, mention him to anyone in my age ground and younger, and the response is more than likely going to be a blank face. Ah, but aren’t they in for a treat!

Born Alexander James Harvey on 5 February 1935 in the Glasgow South Side, Alex came from a working-class background. The story is that on leaving school aged 15, he undertook around 36 jobs including lion tamer, before making his debut as a musician aged 19, playing the trumpet at a wedding. The 1950s were quite a good time for a young person wanting to go into music, thanks to the massive popularity of jazz, skiffle, and good old rock n roll. Alex found himself in many bands during this period, including The Clyde River Jazz Band and the Kansas City Skiffle Group. Come 1956, Alex entered and won a competition to find the Scottish version of British Elvis wannabe Tommy Steele. This resulted in Alex being splashed across the press, and meeting Tommy himself. The story goes that the two went out to celebrate, Alex taking Tommy down to the Glasgow docks, reminding Steele of his time working as a docker.

By 1959, Alex was married, and father to a son, Alex Jr, but continued on his musical journey as frontman to The Alex Harvey Soul Band, which was relatively successful. The band obtained a residency at the Star Club in Hamburg, where The Beatles cut their teeth and a record deal with Polydor, releasing one album, though on that Alex wasn’t backed by his own group, but Kingsize Taylor and the Dominoes. Back in the UK, The Alex Harvey Soul Band continued, and Alex also released an album, The Blues, with younger brother Les, who went on to become the guitarist for Glasgow rockers Stone The Crows. Alex had rather limited success, and in 1968, became the guitarist in the house band for Hair, a job he had for four years. By this point, he had met Trudy, who would become his second wife, and had a son, Tyro.

In 1972, Les Harvey died during a gig in Swansea; he was electrocuted after touching an unearthed microphone. He was just 28, and Alex was shaken by his brother’s death. It was in 1972, though, that perhaps the most significant event in Alex’s music career occurred. Looking to find a new act he could front, Alex was introduced to Tear Gas, a Glasgow prog rock band, who were on the verge of splitting up. Members included Zal Cleminson on guitar, Hugh McKenna on keyboards, his cousin Ted on drums, and Chris Glen on bass. They met in a cafe in London, Alex strolling in with a guitar slung over his shoulder. He was a good few years older than the others, but they worked together well, forming The Sensational Alex Harvey Band, and went on to take the British music scene by storm, becoming the best selling live act of the 1970s. The shows were the thing of legend, Alex holding an audience in the palm of his hand, and carefully stage managing the shows.

As well as the gigs, SAHB released several albums: Framed (1972), Next (1973), The Impossible Dream (1974), Tomorrow Belongs To Me (1975), Live (1975), SAHB Stories (1976), The Penthouse Tapes (1976), Fourplay (1977) and Rock Drill (1978). Chart hits came with a dark cover of Tom Jones’ Delilah and then Boston Tea Party. However, the relentless touring took its toll on the group. Hugh McKenna had to take time off for nervous exhaustion and Alex became troubled with a bad back. Further tragedy struck when the group’s manager Bill Fehilly, with whom Alex was very close, died in a plane crash in 1976. Alex wasn’t the same, and SAHB broke up in late 1977.

Alex was on tour with a new group The Electric Cowboys in early 1982. The day before his 47th birthday, he was heading home via Zeebrugge in Belgium when he collapsed with a heart attack. He died in the ambulance on the way to the hospital.

So what makes Alex so special? One thing that immediately stands out is his determination to succeed in music. Not many would have stuck it out for as long as he did before he found success with The Sensational Alex Harvey Band. He is a prime example of if you don’t give up you might just get there in the end. Another thing is his brilliance as a songwriter. He doesn’t seem to be particularly regarded as the most skilled guitarist in the world, but he could certainly turn out a tune. His songs covered a range of topics, from politics to folklore...the list is perhaps too extensive. He was a keen reader across a broad range, so it seems anything was game.

As a singer and frontman, he was engaging and intense. One thing that made SAHB’s version of Delilah so potent is the darkness that Alex and the group brought to it, befitting a song about a murder, in sharp contrast to the fluffiness of Tom Jones’. The same can also be said for Next, a cover of Jacques Brel’s Au Suivant. Many English speaking artists covering Brel missed the humour and piss-taking of the original French songs. Alex didn’t, and the SAHB version of Next is just every bit as dark as Au Suivant. My personal favourites include Midnight Moses. It was the first song SAHB did, the lyrics don’t particularly make much sense, but it’s imbued with an energy that stirs something deep. Alex sings it in a very strong Glasgow accent, and in live footage, owns the stage during the performance. Another favourite is Anthem. That one pretty much speaks for itself.