by Amethyst Qu 5 months ago in humanity

It's not about them. It's about us. 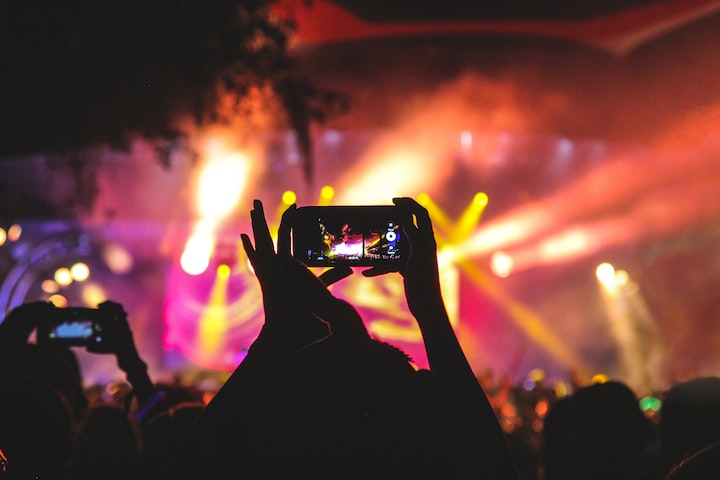 Photo by Noiseporn on Unsplash

When I was sixteen or seventeen, my younger sister told me her friend said our father hit on her. My sister was angry. She thought (or said she thought) the friend was lying.

I stood flabbergasted. Did my sister really not recall those early years when our father didn’t bother to be careful because he assumed little kids don’t remember? Guess the weird trick worked on somebody.

“I don’t leave my friends alone in the house with Daddy,” was what I finally said. Then I suppose my sister was angry with me too, or perhaps she was flabbergasted back. I really don’t remember anymore how the conversation went.

You block these things out, don’t you? They are too awkward, too icky to talk about. Anyway, nobody wants to hear it.

In late September 2014, Cult Records released the debut album from The Voidz called, Tyranny, which primary writer and lead singer Julian Casablancas said was about capitalism. And no doubt it is, but the eleven-minute centerpiece of the album, track #4, “Human Sadness,” is widely understood to be about his father, John Casablancas. The founder of Elite Model Management and creator of the supermodel concept had died the previous year.

The song is noisy enough you could choose to ignore the lyrics that address the death of a father, the well of grief and rage, the eternal circle of life. A riff on a famous quote from Sufi mystic/poet Rumi makes it pretty explicit though. Someone has died, someone else must go on, but eventually, we all end in the same field.

Although a generation older than Julian and from a much less privileged background, I felt an instant connection to this material. I went on to play this album every single day — sometimes twice a day — for almost three years. I’m still convinced you’ll look a long time to find a better noise album.

Best known as the lead singer/songwriter of The Strokes, Julian Casablancas is a middling sort of celebrity. You either know who he is or you don’t. But, if you do, the semi-autobiographical nature of his songwriting dares you not to know his backstory as a bright young creative in New York.

Among other well-chatted-about facts: His mother was one of his father’s models. His parent's marriage was therefore destined to be brief, for there are always more models coming along, and John’s taste ran to girls who are in their teens. There were scandals. There was a woman who brought a lawsuit alleging she was forced to abort a pregnancy at age 15. There was an acknowledged affair with a 16-year-old. And so on.

In short, one gets the impression of a neglectful father more interested in chasing other people’s children than in raising his own.

You see where I’m going with this.

It’s much easier to gossip about Julian Casablancas’s creepy father than it is to talk about one’s own creepy father. It’s just cheap celebrity gossip. If the conversation gets too deep, it’s pretty easy to back out.

Celebrity gossip is in the entertainment section because that’s all it is. Entertainment. Pick it up, and put it back down.

There’s a certain kind of snobbery that exists in fandom — more so, I think, in music fandom than in, say, movie fandom.

“In this forum, we don’t talk about personal lives. We only talk about the work.”

Well, goody-goody on you, except we all know the prime mover of the pop music industry is teen girls, and they are very interested in the people behind the work. A teen girl who isn’t interested in people — what they do, how they think — is going to struggle to find her place in the world.

So it feels like a lot of this anti-gossip snobbery is about anti-girl snobbery. Some of it is designed simply to chase girls off certain forums.

Gossip is silly. The serious person looks down on such things. We’re trying to have a serious discussion here, not dig into personalities.

That’s all very high-minded, I suppose. Only how do we talk about the work when the work is personal and we’re busy pretending the personal doesn’t exist?

On the flip side, the kind of fandom that talks about personal influences — the kind of fandom that swaps around gossip — is gritty and messy and sometimes obsessive. Most fans will never meet their faves for longer than it takes to nab a selfie. We’re working with broken chips of story that we put together in a kaleidoscope to make our own picture of what the celeb’s life is like.

And yes, fans — the sane fans anyway — are well aware that we’re making it up. Everybody who talks about other people is making things up. We don’t and can’t know everything, so we draw inferences. We guess. We have theories and stories and fanfics. We might have a different story tomorrow.

Life is a puzzle. And we’re all seeking to work out how the pieces fit together. But we’re too close to the source material to put together the pieces of our own puzzle. We don’t have perspective. We have pain.

We get the safety of distance when we talk about the famous guy instead. The awful things are still awful, but the awful things can be overcome. The famous guy’s fame is evidence. At least for a moment, somebody has proved you can transmit hurt into art and pain into gold.

We had a moment of shared humanity in the midst of all these awful things we go through– the darkest moments of life. A parent’s neglect. A spouse’s betrayal. The agony of addiction. Other people go through those things. Even famous people do.

Talking about our own pain isn’t helpful in the same way. In fact, too often it leads to dwelling, which leads to more and deeper pain.

So we talk about celebrities.

Everything you feel has been felt before, is felt now, will be felt again. Nothing is lost. Nothing is forgotten. Beyond is that field where everyone meets before they go away in their different directions again.

If you enjoyed this story, I'd be thrilled if you gently tapped the <3 button. Tips gratefully accepted.