This is the Story Of a Modern-day Breakup

by P 2 months ago in playlist 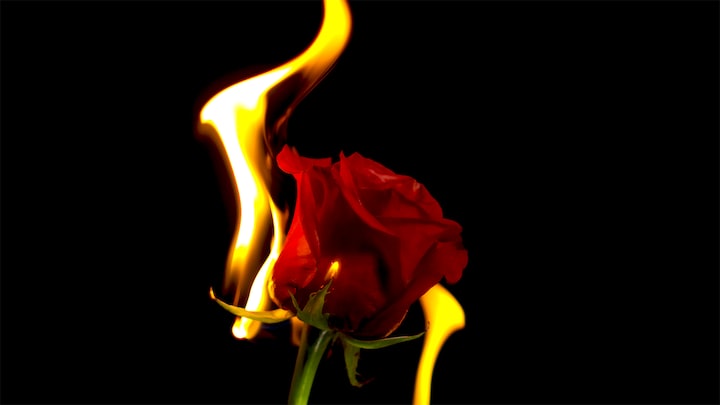 This is the story of a modern-day breakup - soundtrack and commentary included.

You and you're significant other have been having issues for awhile now. However, you still believe in the relationship, you both do actually, so you are trying to work through the problems. Things seem to be going better until one day they just aren't. You notice they are spending more time on their phone and when you catch their attention after one of those stints of them being on their phone, they act cagey or nonchalant. Then you see it. The ex has commented or liked a photo on social media.

There's no need to reminisce about the past / Obviously 'coz that sh*t did not last / I know how a woman try to game you / So don't get caught up because baby, you'll lose

Why This Song: Pitchfork included "Case of the Ex" on their Hot 100 of the 2000s at number 56 and said it is one of the 6 songs that need to be sampled by a female singer with a strong identity during the late 2010s. This song is the song that you don't immediately think of but when it comes on you instantly start vibing. With the song's catchy lyrics and confrontational relationship aspect, you can't help but agree with the lyrics and have the nostalgic video play in your head. You know the one - where you sing lead and your best friends do a choreographed dance while singing the adlibs and chorus. It's a breakup song but it's a feel good breakup song.

The interference of the ex was the final straw. Between that and previous issues, you two decide to split. The split is not cordial. Your now ex-partner swears up and down that you 'do this' all the time. They accuse you of letting emotions rule your response to situations. You counter that accusation by stating that if the relationship was actually vital to them, then problems like the ex wouldn't even present themselves in the first place. As the final argument continues the hurt starts to settle in even more. The conversation's finality means another goodbye to deal with. You spent x-number of years or months with this person and you were seriously trying this time. You can already hear the 'what happened' questions and you are really not prepared to answer any of them.

That's cool, but if my friends ask where you are I'm gonna say / She was caught in a mudslide / Eaten by a lion / Got run over by a crappy purple Scion / Help me, help me / I'm no good at goodbyes

Why This Song: I can not tell you how many times I sang this song at the top of my lungs while driving down the road back when it was released in 2012. It is the ultimate save face song. I have always only related it to that one breakup that felt like I got punched in the gut whenever I thought about it even years after. This is what it was meant for. "50 Ways to Say Goodbye" is cheesy as much as it is humorous but what makes this song perfect is the line it dances between the real hurt over the breakup and the planning of all the lies to tell people. This song came off of Train's 6th album, Calfornia 37, their highest-charting album in the US.

Stage 3: Denial with a Side of Fun

Fresh off the breakup, you're F-R-E-E! Your friends are right there by your side to support you through the first couple of weeks. There are no words to describe what you are feeling. You're in this weird stage of denying you care while also crippled by the fact of how much you actually care. So your friends do what friends should do. They get you liquored up and get you dancing because even in the midst of quarantine, the living room still makes a great dancefloor.

Why This Song: The extended version of Illmerica is a dominant showcase of what the power of great musical production can make people feel. Released in 2010 it is simply house music at its best. Illmerica is a journey. There are ups, there are downs and then there are surprises and stops - but the driving 'thump, thump, thump' of the bass is what lets you know this party isn't over until Wolfgang says so. The extended version is over 7 minutes long but the shorter version, which runs at 5 and a half minutes, always feels too short. This masterpiece is the song that you just throw hands up to and let the music take over everything from thought process to body movement. Illmerica is always THE vibe.

Full fledge grief mode. It has been about a month and you are wrestling with what went wrong. You're not sure and you want to reach out but you don't want to be the one who breaks first because at the end of the day, it's their fault. Right? Right. At this point you are somewhere between stages 2 and 3 of the grief cycle. You are hurt, angry, and frustrated. You also want to know what you did in a past life to deserve your current situation or you reflect on that one time you did take that dollar off your brother's dresser to get that chocolate bar back in middle school. Karma is definitely a witch. On top of all this, it's now February and Valentine's Day is around the corner. You want nothing to do with it and the social expectations of the day.

Why This Song: The Boondock Saints is a movie that you have to love when you see it. The movie serves its dubious purpose by mixing comedy, religion, brotherhood, and the effects of American capitalism into various killing scenes. The opening scene is of the brothers at church praying while the monsignor tells a story about the murder of a young woman in broad daylight while a crowd of people did nothing to stop it. "We must always fear evil men, but there is another kind of evil that we must fear the most, and that is the indifference of good men." The monsignor ends on that line and starts one of the best stories about doing wrong in the name of good aka a huge middle finger to social norms. Adventure Club's tribute comes very early in their career (2011). It uses the heaviest hitting moments of the movie to complement their particular dubstep sound. The brothers' frustrations and confusion are equally felt through the tribute as well as their sense of purpose. It is powerful, thematic, and captivating. Just like the movie.

Fast forward one year later. Your skin is clear, hair healthy, muscles toner, dream job around the corner from happening, and everything is going well. In the past year you found out that you were putting an exponential amount of energy into a relationship that wasn't meant to be. So after you got done crying about it you started to expend that energy into other parts of your life. You have decided to be great and to make sure that next time you enter a relationship your side of the table is covered in gold.

I embody every characteristic of the egotistic / He knows, he's so f**king gifted / I just needed time alone with my own thoughts / Got treasures in my mind but couldn't open up my own vault / My childlike creativity, purity and honesty / Is honestly being crowded by these grown thoughts

Why This Song: POWER is genius. No matter what people say about Kanye he delivered some of the best songs we have this century and behind many others production. POWER is a declaration of acceptance of people's opinions about oneself. It is also a grand acknowledgment that some of those opinions might be right but at the end of the day you made it this far and you will continue to make it as long as you believe in yourself. POWER is the song you put on when it is time to bold and time to be your own biggest fan. If you believe in yourself then invest in yourself and that includes adding this song to your playlist.

Let's move another 6 months down the road. Guess who LOVES to show up when you finally pieced yourself back together? The problem aka the ex. In a 360 degree move they like your most recent post on Facebook or Instagram. Queue loud sigh. Let's backtrack to what the ex has been doing in the last year and a half that you two have split. Remember their ex from stage 1? Yep, they have been together for some 4 odd months now. Queue second loud sigh. See, aren't you glad you left and didn't go seeking that 'let's talk about it' conversation now? That's not it though, the ex who is now the current sent you a friend request a couple of days ago. Do I even have to say it; queue, third loud sigh!

Response to your ex:

I don't want to argue / I just want some clarity as to why's you calling me / where's your girlfriend? / aren't you in a relationship now? / aren't you happy?

Why This Song: (It's the second slide by the way) Lady London's cover of Jay-Z's 'Jigga What' blew up because of the execution and lyricism. It's a short video of a young woman embracing the confidence she feels in herself to tell her ex that they are making a fool of themselves and that she is getting a good laugh out of it.

Response to the current:

So many reasons why our love is through / What makes you think he'll be good to you / It makes no sense, 'cause he will never change / Girl, you better recognize the game

Why This Song: Toni Braxton won a Grammy for best female R&B vocal performance with this one. This song is a full-circle move from the first song in stage 1. People tend to repeat patterns until they decide they want a different outcome. The truth is that many are perfectly fine with the outcome which is what this song is about. Toni expertly sings about her ex and his poor decisions regarding her while questioning the current's intentions. This song is full of attitude, a testament not being bothered by an ex, and it serves as a reminder that sometimes other people's trash is just trash.

That's it! This is my anti-valentine's day playlist. We have all been here at one point in time, in one form or another. There is no mope factor in the songs in this list. Each song is meant to create dance opportunities or create a space where you can just enjoy the music. As Metatron in Supernatural said "It's just so strange. All these feelings, you know? I mean, I can feel music. Like that last song, I don't even know what it's about and I love it."