The Beginnings of Western Music

by John Marvin Scott 9 months ago in history

The beginnings of the beautiful artform, and what we can learn

Music. What a strange concept, hey? Who knew that this thing humans can only truly hear could affect us in so many beautiful ways. There are so many questions about music, but I want to ask you a specific one. Do you know where the music you listen to comes from?

Music is a part of our human history, and I think it's super important for everyone to know a little about where music comes from and it's history. Most people listen to it every day! Why not know something about it?

I know it's a generalization, but most people who listen to popular music don't know a ton of music that was created before the 20th century. This is totally okay, and actually super normal when you look at what was going on in the world during that time (that's a topic for another day). The music that is popular now is created by using certain guidelines and rules that work together to create something familiar to our ears. In music, this is called Functional Harmony. This is a way of composing music that has been around for generations, and really... since the 1400s. Let's dive into how far back we can really go in terms of where our music comes from. 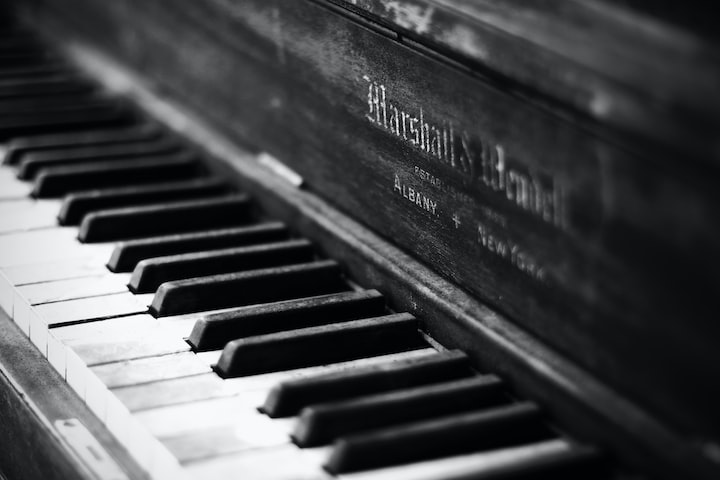 By Timothy Eberly on Unsplash

How far back is... well... enough? Do we really have to go back to the 1400s to figure out how "Bad Guy" works? Kind of. See the thing is that music is as old as the world itself, and in order to really see where it comes from, we do in fact have to go back. WAY BACK.

Western music starts in the medieval times and the renaissance, which takes us from the year 500 AD to 1400. Talking about what happens during that time in history is a SUPER long conversation, so we'll have it another day. But when we get into the year 1400, we land in a time which is called the Baroque period in history. You may know this guy:

Well... do you? This guy is the one, the only... J.S. Bach. This guy helped set the music world up for what is known as the Common Practice Period. What does that mean...? Does that mean that there is a period that is just complete chaos and without any sort fo common practice?!?! We'll get there, don't worry. Basically, this period is where we see a common formula for how composers used tonality. The period lasted for about two and a half centuries, and we actually see this period cover a wide variety of composers and their styles.

So...what do we know now? That music is super old, right? Well... yeah! In order to really, truly appreciate the music we have now, we have to go back and listen to what was going on in history. Music IS history, and when you listen to the changes in the music as the years go by, you learn a lot about the world itself. This is my favourite part about being educated in music. I get to learn about the world through a medium that I understand and enjoy. Plus, it makes me want to read more things about the world so I can understand this entire thing we call "life" more (That might just be me.. but anyways...).

Next time, we'll dive head first into the Baroque period. We're gonna see what J.S. Bach was really doing when he was writing pieces that would stand the tests of time.

If you're liking my stuff so far, feel free to leave me a tip! It's always appreciated. Until next time,

Musician/Composer writing about my experiences in the world of music.