A Book Review by Kimberly Hoare 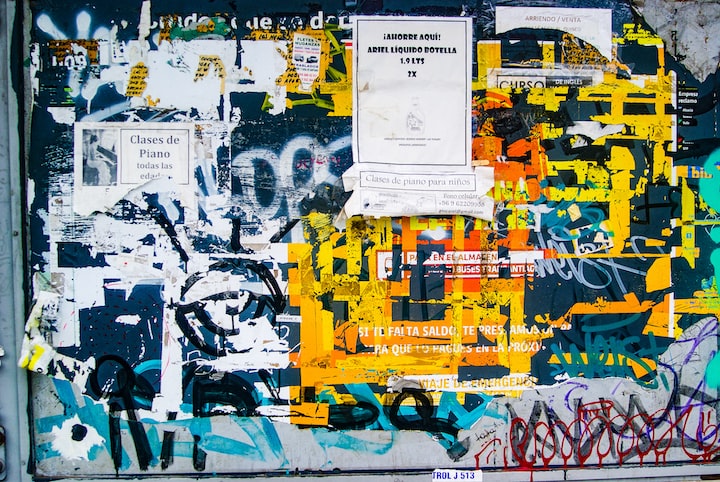 After picking up the book Street Art, I have to admit I did not expect to find such a fascinating and culturally inclusive compilation of art and murals from around the world.

Ed Bartlett managed to compile a collection of the murals and graffiti that have been either curated, produced as installations or scaled up and spray painted on the sides of buildings worldwide.

Each page features the artwork and date of production or discovery.

While some of the featured buildings and structures have been around for years, others are newly discovered murals that aesthetically enhance their surroundings and pay compliment to the city, it's culture and the people who live there.

Having divided the book into three different parts of the world. It starts off with Europe, then travels over to North America and continues into Latin America. After showing those it goes on to two other sections: The Rest of the World and Festivals.

Street Art starts off with Foreword: by Remi Rough which explains when he started painting and how the hip hop culture influenced most of his art. Remi Rough grew up in Thatcherite, Britain in the 1980's. Much of his inspiration is taken from a lot of the graffiti in the low income ghettos of New York in the 1970's. Remi painted his first mural in West London 1999. He also went and painted mud huts while working on "Wide Open Walls" which was a project to bring art into other cities worldwide.

The next page includes a synopsis of the book by the author Ed Bartlett; detailing the conception, ideology and production that made Street Art possible. Ed explains how he recognized the exposure and impact these works of graffiti made on approximately 150 million people worldwide. Ed Bartlett, like Remi Rough in the "Forward" explains people's fascination with art and the graffiti of the walls, buildings and alleyways that are turned into the expression of the cultures and lifestyles of the streets worldwide.

Beginning with Europe on the first page, the cities covered include: Amsterdam, Athens, Barcelona, Berlin, Copenhagen, Dublin, Kyiv, Lisbon, London, Paris, Reykjavik and Rome. Included in this section are two interviews with street artists Vhils on page 52 and Blek de Rat on page 64.

Vhils, whose given name is Alexandre Farto is a Portugese graffiti artist whose wall mural installations have been contributing to the surroundings in the city of Seixall. Being a native of Portugal, he has painted under the alias of Vhils since the early 2000's and calls his artwork "creative destruction". Having been deeply influenced by the urban development of the 80's and 90/'s in Portugal; Vhils takes inspiration from the ways the city walls absorb the social and historical changes that continue to happen around them. Vhils says in his interview "I believe that the relationship between a city and its citizens is like a complex network of reciprocal stimuli -cause and effect- and that art in general can contribute to create a better environment for its people and it's communities". Furthermore, his comment regarding his involvement with community projects states "Street Art has always been about confronting these realities. It's essence lies in its subversive and protest-driven nature".

The second interview which is found on page 62 is with Blek Le Rat, a Parisian graffiti artist whose rat themed wall art has decorated the streets in the city of Paris since the early 80's. Blek Le Rats influences come from the street art of New York city during the early 70's. He started off using stenciling as his personal form of expression and developed his stenciling skills into a globally renowned portfolio of paintings and wall art.

Having lived near Montmartre cemetery in Paris back in 1980 Blek Le Rat developed an interest in these rather misunderstood and reviled creatures as his own survival methods reflect those of rats. He says in his interview "The society of rats works in a way that would make them survivors of an apocalypse, and I have survived 35 years in the art world, just like a rat."

One of the other highlights of the interview was Blek Le Rat explaining that his best memory was of when he travelled through the U.S.A. on a road trip through California and pasted posters of the Space Cowboy and a family of pioneers which allowed for a moment for the images, environment and history to come together.

All in all, Street Art is a fascinating read for anyone who finds wall paintings, murals or any form of public art interesting. The diversity, culture and history of some of the globally renowned cities of the world are featured in this book. Look for it at your local library.

More of my writing can be found here:: https://kimscreationsca.com/

More stories from Kimberly Hoare and writers in Beat and other communities.