Springsteen’s “Born in the USA” is Still Completely Misunderstood Today

by Paul Combs 5 months ago in history

Just listen to the damn song 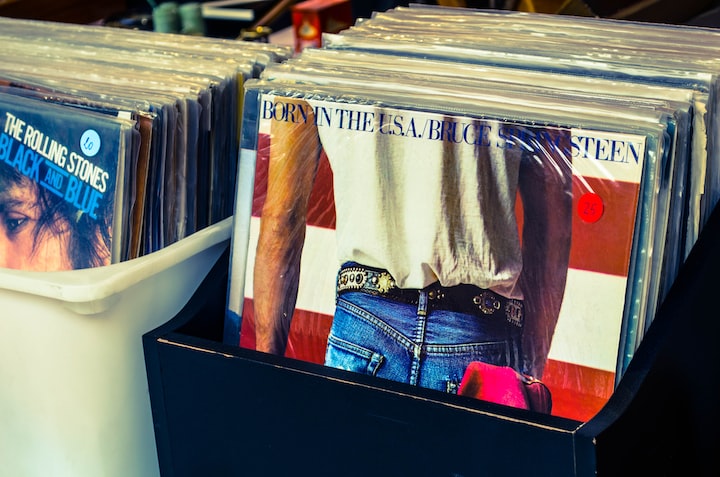 “Born down in a dead man’s town, the first kick I took was when I hit the ground.” — Bruce Springsteen, “Born in the USA”

Although I doubt he intended it when they were recorded 10 years apart, today Bruce Springsteen is best known, at least to casual listeners, for two songs whose titles start with the word “born:” “Born to Run” and “Born in the USA.” The first is, in my opinion, the Greatest Song Ever; the second is easily one of the most misunderstood, misrepresented songs ever. And while I can’t prove my first point (you either agree or you don’t), my second point can be both proven and corrected. Let’s do that now.

First a little background for the few out there unfamiliar with “Born in the USA,” though there can’t be many of you given how ubiquitous it is. It’s the title track of the 1984 album of the same name. That album produced seven Top 10 singles and has sold over 30 million copies worldwide. It is also the album that launched Springsteen into superstardom.

As for the song itself, if you consider only the title, the rousing chorus, and the American flag on the cover of the album it’s easy for a casual observer to conclude that it is a flag-waving, jingoistic, America-first anthem. The lyrics, however, paint a very different picture. Overall the song is a scathing commentary on the return of American soldiers from the Vietnam War and the struggle and alienation they faced after arriving home. It paints a bleak picture of life for those veterans, and many working-class people in general, in an America that simply wants to move on to the “good times” again.

“Born in the USA” easily could have been just a great protest song that got little attention outside Springsteen’s fan base. Instead, it became the most misunderstood and misused anthem since Woodie Guthrie’s “This Land is Your Land,” another song that means the exact opposite of what the flag wavers would have you believe.

Almost from the moment it was released, conservative commentators like George Will tried to claim the song for the Republican Party. This happens all the time, usually with little lasting impact. But then someone entered the conversation who was big enough to take the revisionism into the popular culture: President Ronald Reagan, who was at the time running for re-election under the slogan “It’s Morning in America.”

Though he had likely never heard the song (or any of Springsteen’s music for that matter), at a campaign stop in New Jersey in September 1984 the president said this in his stump speech:

“America’s future rests in a thousand dreams inside your hearts. It rests in the message of hope in songs of a man so many young Americans admire, New Jersey’s own Bruce Springsteen. And helping you make those dreams come true is what this job of mine is all about.”

Had he listened to the song, it’s doubtful Reagan would have ever linked his administration to the message it contained, though ironically it described the America of the 1980s he was helping to create pretty well. My own reaction on hearing his quote was: Are you a fucking idiot? Turns out I was not alone.

When the President of the United States invokes your name, especially in a misleading way, you have to respond; Springsteen did just that during a concert in Pittsburgh two days later. Introducing “Johnny 99,” a song about a man driven to crime after his auto plant job is eliminated, Springsteen said this:

“The President was mentioning my name the other day and I kinda got to wondering what his favorite album must’ve been. I don’t think it was the Nebraska album. I don’t think he’s been listening to this one.”

(For those of you unfamiliar with the Nebraska album, it is Springsteen’s first solo album, an acoustic masterpiece that paints a bleak picture of America in the early 1980s. If you’ve never listened to it, stop reading right now and go buy it; it’s one of his very best).

In spite of his quick response, the damage was already done. Millions heard the president’s comment; mere thousands heard Bruce’s reply. Presidential candidates have misappropriated the song ever since, most recently in 2016 when then-candidate Donald Trump added “Born in the USA” to his pre-rally playlist.

It’s no surprise that Trump would reinvent the song’s meaning to suit his own purposes; he does that with almost everything. But it reinforced the false narrative about the song’s message for a whole new generation of Americans, ones quick to latch on to simple sound bites without looking for the deeper meaning. In an ironic twist, crowds at later rallies actually booed the song, at least in part because of Springsteen’s support for Trump’s rival Hillary Clinton.

One would like to think they actually booed it because they disagreed with the song’s scathing assessment of America, which still holds true for far too many today. That’s giving them too much credit, though; they probably never listened to more than the chorus.

All of this may seem like a tempest in a teapot to many of you, but it’s not. Even our music, film, and books — maybe especially our music, film, and books — are part of our history; twisting the true meaning of any of them distorts that history. The very fact that so many today consider songs like “Born in the USA,” “This Land is Your Land,” and Creedence Clearwater Revival’s “Fortunate Son” to be “patriotic” songs shows how far we have to go in battling for historical truth, even in our favorite songs.

More stories from Paul Combs and writers in Beat and other communities.