by Christopher Donovan 21 days ago in playlist 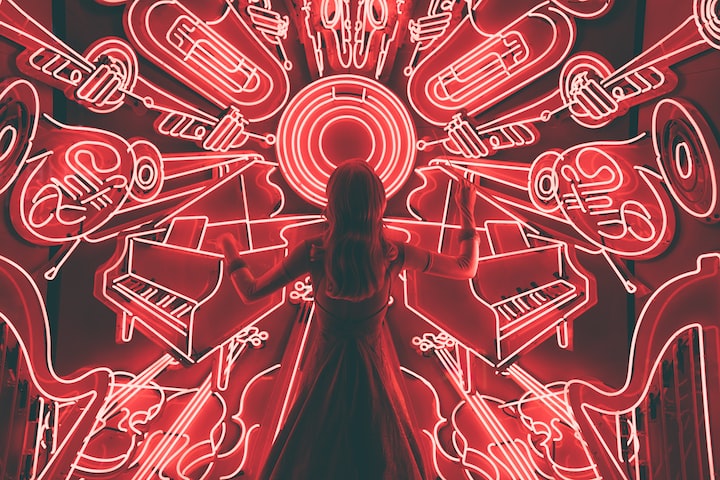 Photo by Spencer Imbrock on Unsplash

'Gotta Get Up' by Harry Nilsson. 'Coconut' is genius. Daft, but genius. And, for years, along with 'Without You', that was all that I knew about this singer-songwriter. (And, even then, I only knew 'Coconut' because of 'Reservoir Dogs.') However, thanks to the dark, and delicious 'Russian Doll', I discovered 'Gotta Get Up.' And, my life is richer for it. Not least as, like most songs, it acquired meaning due to what was happening in my life at the time. I stumbled across it whilst in 'lock-down', an event I don't think I would have got through without this song. I'm swimming in happier waters nowadays; 'Gotta Get Up' played a massive part in that.

'Birdhouse in Your Soul' by They Might Be Giants. It's the kind of song Monty Python could have produced if they'd taken the musical side of their output just a little bit more seriously. Intelligence disguised as whimsy, with a melody Lennon and McCartney would be proud of.

'Werewolves of London' by Warren Zevon. Crazy. Just crazy. I really have no idea about as to whether the werewolves in question were metaphorical, or if the Chicago native was singing about real ones. Either way, it's three minutes of joyful, melodic, piano-fueled insanity.

'Dizzy' by Vic Reeves & The Wonderstuff. Another bat-s**t crazy production that really shouldn't work. But does. In spades. Initially recorded to exploit the TV success of the surreal comedian Vic Reeves (along with side-kick Bob Mortimer), ironically, it's probably one of the best things they ever did. It's also right up there in terms of The Wonderstuff's own work: Always a band with a sound distinctly their own, 'Dizzy', despite being a cover, ended up being the most The Wonderstuff-y thing they ever did. Go figure.

'Victoria' by The Kinks. Choosing just one song by Ray Davies and co. is almost as hard as only one selecting a single track from The Beatles' back-catalogue. However, despite stiff competition from the majestic 'Waterloo Sunset', I've gone for Ray's tongue-in-cheek ode to the Nation's most iconic monarch. No, it's not their greatest, but it's a song that never fails to get me up and dance.

'Changes' by David Bowie. That chorus. 'Rebel, Rebel' may be rockier, but it doesn't have that chorus. Bliss.

'Stand!' by Sly & The Family Stone. A rabble-rousing, melodic call to arms, to take a stand. Politically, it's probably never been more relevant - though, you could argue, it's always been topical. However, as an ode to being yourself, to being you, likewise, it's always going to timeless.

'Uptight' by Stevie Wonder. Like The Beatles, or The Kinks, or Bowie, limiting myself to one Stevie Wonder song was an almost impossible task. So, so many choices. In the end, I've gone for the one that makes me smile the most. If I had the balls, and a decent voice, this would be my choice of karaoke poison.

'Street Life' by Roxy Music. Yes - it's shallow. But, the former art school students never shied away from admitting their fondness for style over substance. However, superficial never sounded so good.

'My Star' by Ian Brown. I love The Stone Roses. Their first album is one of my all-time favorites; brash, but beautiful. But, despite the wealth on offer courtesy of Manchester's finest, I've plumped for a track from the band's lead singer's solo career. Like most songs on today's list, the lyrics don't stand up to scrutiny - there's some clever rhymes in there, and Brown obviously knows his way around a dictionary, but it's essentially space-based nonsense. However, musically, with its discordant, military rhythm, it's as ambitious as anything Brown ever attempted with the Roses. Just wonderful.

If you've liked what you've read, please check out the rest of work my on Vocal. Among other things, I write about film, theatre, and mental health: The story of my admission to a psychiatric ward, and my attempts to rebuild my life following my discharge, starts with 'Flow: The Psychiatric Ward', and continues with 'Wonderland: The Power of Routine', 'What Do We Need?', 'The Magic of Gratitude', 'and 'How to Deal with Relapse.'

You can also find me on Elephant Journal and The Mighty.

If you really, really like what you read, a small tip would be very much appreciated!

See all posts by Christopher Donovan →