Is old music doing a come back?

by Jessica M about a year ago in pop culture

From rockabilly to the 80's is old music doing a comeback? 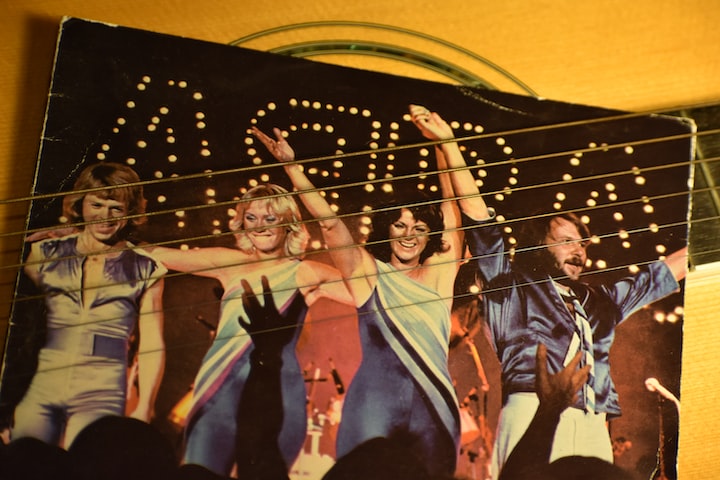 Photo by Andrew Ebrahim on Unsplash

My 15 year old sister is saving up to buy a record player.

Instead old music seems to be doing a come back. Through the the tunes played on the TV during soap operas like Hollyoaks, to the fact that on websites like TikTok they dance to it.

The music is staying present, and some could argue it has equal power as the new music, younger generations who were not born during the 70's, 80's and 90's are listening to the music.

In other words it's not only staying alive but is gaining popularity.

Heading to parties is one example, the DJ doesn't only play the modern tunes but focuses on songs like 'Dancing queen' etc. People dance to these songs as they have become popular.

My dad adores rockabilly music, everyday the drum of the band 'Stray cats' plays in the car, my mum plays bands like ABBA and QUEEN through our Alexa, and so constantly I'm being exposed to old music.

But i'm not alone in learning through others memories, most Gen z and millennial's are learning about these songs through there family and parents, those who were living in those decades.

This idea doesn't have to only applied to old music from the 70's, 80's and 90's but can be applied to anything that was in them decades's. For example often my dad tells me of his experiences, as do other parents to their own children.

Gen Z and millennial's are learning through app's like tiktok:

I must admit, I'm not a advocate for tiktok despite being part of generation Z, but I do know that the people on there are learning constantly about music. My sister, an individual who is obsessed with the app, knows over half the amount of songs that I know, because she has heard them being played daily on it.

A few months ago, I did venture into the strange world of TikTok and also found that music was being played with almost very video, this includes music from the 70's , 80's and 90's.

It seems vinyl and record players are becoming popular once again, of course the media has flooded to this idea. With articles all over the internet on how younger generations are desperate to get their hands on them.

Some are looking for the 'aesthetic' whilst others are simply excited about playing records on them.Either way it is obvious that record players are becoming popular.

This is thus leading to more popularity towards old music and culture.

I have experience with amazon music, spotify and apple music. On all of them old music's widespread popularity is evident.

Playlists filled with old songs have been made by the software creators, most of which are used often on the listening software's.

The new £5 coin: with the Queen on one side, and the band Queen on the other: How this presents the popularity of old music:

A new UK coin has been made with the queen on one side and the band on the other, according to the 'westminster collection' this is 'a fitting tribute to the band's unique sound'.

But this coin is not alone, there is going to be much more like it, with a new series on British music legends coming out.

This proves that music from the past, is taking a come back. As the British coin is one of the most popular items, this show's that old music is popular.

Every night my family sits down to watch the soap operas, my mum and sister are obsessed with the newest story lines and dramas.

I notice the old music which plays during each scene. Soap opera's aren't the only parts of TV that play music from the 70's, 80's and 90's, I hear it everywhere. It's played in marvel movies, in TV shows like supernatural etc

Music has such an impact on our lives, it controls our feelings and thoughts, it replays in our mind's constantly.

We need to remember old music, so that we don't forget the past.

Our brains love to link things, from linking thoughts to linking actions. So playing old music helps us remember old culture and the impact it has had on today.

If you have children, play old music often in the house, in the car etc.The are the future generations, and if you don't teach them about the past then the future will forget.

The aesthetic of old music: Is it good or bad?

Most younger generations love the idea of aesthetics, they dress in clothes which fit, buy items and flood there social media's with photos of the aesthetic.

Old music has become an aesthetic, something that is seen as 'cool' to like, almost 'trendy', but is there anything wrong with that?

I don't believe that there is anything wrong with the 'old music aesthetic' as in the wider view it is making the music more popular.

Overall: Is old music making a come back?

I believe it is.

This can be seen in everything from the idea of a new pound coin to the popularity of the record player.

Thank you for reading, if you enjoyed this article please leave a like, or check out the rest of my articles.

If you especially loved this article why not leave a tip?

See all posts by Jessica M →