From Altamont to Astroworld

The day the music died 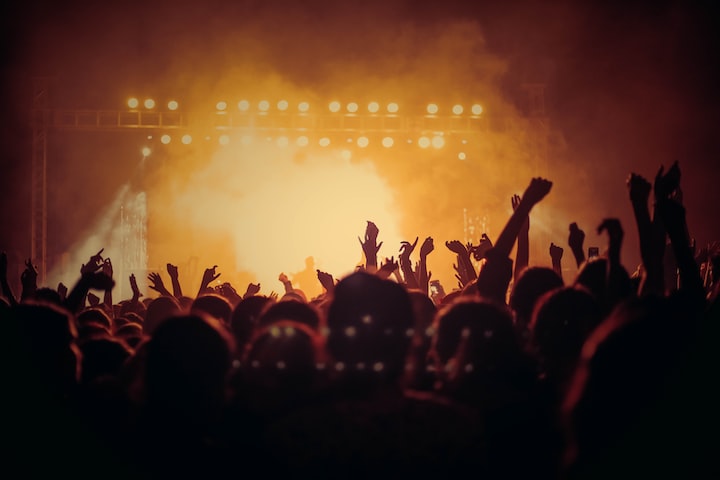 My first experience at a live music crowd-chaos moment was in 1969. The venue was the Denver Pop Festival at the Mile High Stadium in Denver, CO. On the last day during the the band Zephyr’s performance, 60,000 paid concert goers got a strong whiff of tear gas. Outside the stadium. The event came with gate-crashers. By the third day they tried their best to break in. The police drew a hard line.

The wind blew the clouds of tear gas inside the stadium. People panicked. Some covered their faces and others ran from their seats. Many hurt but no one died. I couldn’t breathe. It took hours to regain my eyesight.

I was not at the 1969 December music festival at Altamont. One concertgoer was stabbed to death by Hell’s Angels security. Three others died from accidents.

My next outdoor music festival I attended was later in the summer of 1969. The event was the Woodstock Music and Arts Festival. As we all know 400,000 people attended Woodstock. The event is famous for 3 days of peace, love, and music. There was lots of mud and drugs but no violence. It would be the last of its kind.

My Woodstock story — “The Zodiac Chronicles.”

I finished the early summer of 1970 working as a stagehand. The People’s Fair Rock Festival. Located outside of Stevens Point, Wisconsin.

On 200 acres of woods. The land in front of the stage is shaped like a bowl. Soon the bowl filled with bubbles. Frisbees. LSD coated cotton candy. And street signs made from sticks. Named after whatever particular drug was being hawked on it.

I arrived early to build my teepee with the other crew.

My job was to fulfill the personal requirements of the musician’s riders. The other guys were carpenters and sound engineers.

I don’t recall hearing all the bands that played the three days. I do remember Ravi Shankar would not perform unless we built him a windproof performance box.

The line-up included. Buffy St. Marie. Siegel-Schwall. Iggy Pop and the Stooges, Ted Nugent w/Amboy Dukes, Chuck Berry, and White Lightning. Classic to the period, whoever happened to be on the road that month would appear at these shows.

I tried to serve hot tea to sitar master Ravi Shankar. He noticed my three-day unwashed body, and dilated pupils, he smiled at me and kindly shook his head no.

I also tended to Buffy Sainte-Marie — the Native American songwriter. She penned the antiwar hit song, “Universal Soldier.” At one point I guided her up the steep stage stairs and nearly dropped her and her guitar.

On my time off I tried to learn guitar.

I was learning more and more guitar tips everywhere I went. Like a small-scale Woodstock. The backstage scene at The People’s Fair was also ideal for meeting musicians.

I got my first blues guitar instruction from Jim Schwall.

Jim was the lead guitarist for the Siegel–Schwall Band out of Chicago. His brother Corky was an amazing harmonica player and singer. The band wasn’t famous, but they were one of the best.

“This is the standard 12-bar blues progression.” Jim instructed me, “Strum four times on this chord and switch to this chord. Then do this turn around lick like this and repeat.” He showed me how to use a bottleneck, which is a hollowed-out piece of smooth glass that fitted over my ring finger. The idea was to slide it up and down the strings.

Early Sunday morning. On the last day. Unheard over the music. Gunshots rang out towards the back of the campgrounds. A fight broke out between a motorcycle gang and the hippies.

While I was backstage, I heard that several women had been raped, and 3 men were taken to the hospital for gun shot wounds. At least half of the estimated 80,000 attendees left. Fest-goers in retaliation burned two gang motorbikes and drove the gang off. No fatalities.

The police were moving in to shut down The Peoples Fest.

The promoter left without paying many on the crew.

I stood there wondering if this was “the end.” The song by the Doors. No better symbolized by the mayhem-based group from Detroit, Iggy Pop, and the Stooges. As Iggy slashed himself with glass. And carried like an Egyptian pharaoh above the heads of his stoned disciples. Destruction would become the new mother of the multi-day outdoor rock festival.

In 1972, I was tear-gassed again at a Rolling Stones indoor concert in Minneapolis. Jagger called the event “Jumpin’ Jack Gas.” I don’t know who started it or why. One girl was crushed against the stage. The police threw tear gas and thousands trampled over each other trying to get out of the venue. No one was killed.

Excluding sporting events. The sad list below of music concert-related death is a bitter reminder of what poor planning can lead to.

The Who, 1979: A surge of concert attendees outside the arena left 11 people dead.

Roskilde Festival 2000: Nine men were trampled to death during a Pearl Jam set.

The Station Nightclub, 2003: During the performance by the band Great White. 100 people died and injured over 200 by a show created pyrotechnic fire.

Mawazine music festival, 2009: After a stampede 11 people died and 30 others were injured.

Astroworld music festival, Nov 2021: A stage rush led to the deaths of 9 and left many others injured.

Large crowds pump the adrenaline, plus celebrity hysteria, and add bad planning. Stir it all together and it leads to disaster.

Receive stories by Arlo Hennings in your feed
Arlo Hennings
Read next: In his hometown of Memphis, Young Dolph Left an indelible mark.