Did Rock Music Really Die in 1995? Maybe, and Maybe Not

by Paul Combs 3 months ago in 90s music
Report Story

It Depends on Who You Ask 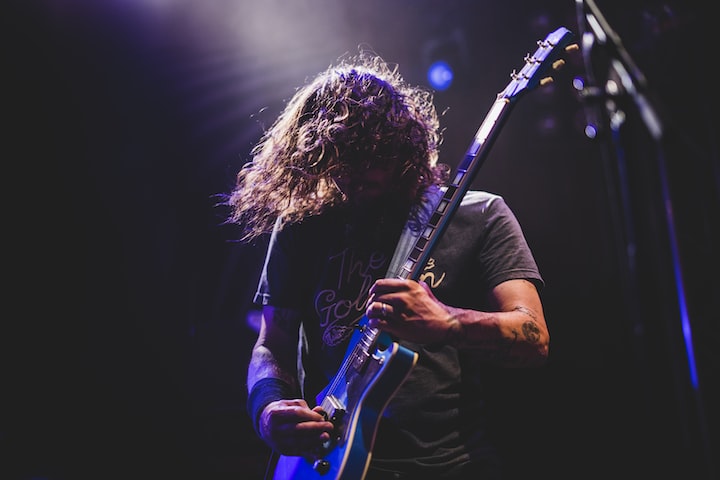 Photo by Hector Bermudez on Unsplash

On several occasions, KISS bassist/singer Gene Simmons (a man who never had an opinion he wouldn’t share with the world), has proclaimed that rock is dead and that the fans killed it. He bases this declaration on the effects of the music streaming industry, and while it’s a compelling argument it is not what I’m focusing on here. Rather, I want to look at whether rock really is dead, or if reports of its demise have been greatly exaggerated.

It wasn’t even the God of Thunder or his bold assertion that caused me to lay awake at night pondering the question. That was actually triggered by a single line I wrote in a recent article that had nothing to do with music. In that piece, I said that except for a few Springsteen albums, I couldn’t remember the last time I wrote an article about music released after 1995.

I think the reason that 1995 sticks in my mind is that it was the last full year that Slash was a part of Guns N’ Roses before leaving the band in 1996. Everything just seemed to go downhill from there. 1995 was also the first year that Tom Petty and the Heartbreakers no longer featured Stan Lynch on drums; he left the band in late 1994. Even worse, we were six years into the decade long mistake that was Springsteen’s mothballing of the E Street Band.

Rock’s best days seemed to be in the rearview mirror. Rap and Hip-Hop were becoming the dominant musical genres, boy bands were everywhere, and by ’95 MTV had basically stopped playing music videos. Perhaps most critically, 1995 was the final year of my 20s, which may have impacted my view of rock more than any of the things previously mentioned. Things change when you hit 30.

I imagine by now you might be saying to yourself: “he’s just a grumpy old bastard who doesn’t know his ass from a good grade of clay.” If you are, this is clearly the first article of mine you’ve ever read, as that fact is already well established. But before you click away, let’s take a deeper look at this, if only to help you when you face the same condition later in life.

First, in my defense I must point out that a 1995 cutoff point still gives you exactly 40 years of rock, starting with “Rock Around the Clock” by Bill Haley and His Comets in 1955. 40 is both a fine biblical number and a great U2 song as well (also pre-1995). Those 40 years saw everything: Elvis, the Beatles and the British Invasion, the psychedelic rock of the late 1960s, Black Sabbath and Led Zeppelin and Pink Floyd, Springsteen and Petty, punk, new wave, and grunge.

Second, and this may come as a shock to those of you younger readers, our brains are much like a computer: there is a finite amount of space in which to store information, and once you reach a certain age that capacity diminishes exponentially. I can’t remember what I had for lunch yesterday, not because of early-onset dementia (at least I hope not), but because storing that useless bit of trivia could mean deleting the lyrics to Thin Lizzy’s “Cowboy Song” from my memory. One is clearly more important than the other, and in the same manner I am not willing to surrender the storage space for The Smiths’ entire catalogue by allowing the latest one-hit wonder into my head.

Third, and this relates solely to the writing of my music articles, there is simply too much still to write about that four-decade Nirvana (the Buddhist thing, not the band) that was 1955 to 1995. I could stick to one decade and never run out of material, all of which I have firsthand, lived experience with. That’s not counting the music from those decades I have yet to discover. Hell, I could write about nothing but Springsteen until I die, as you all know.

All that said (and I stand by every word of it) there are two specific groups of people who have convinced me, with apologies to Gene Simmons, that rock did not die in 1995 and is in fact alive and well, even if I’m not listening to the newer stuff. The first group is my kids, who turned me on to pop punk through Warped Tour (an experience I wrote about here). The second group is the writers on this and other sites. They have written articles ranging from world metal to stories on bands that defy classification. I have seen that rock is indeed alive in 2022, even if I’m more likely to look up the older 70s bands. You should check all of them out if you love both music and excellent writing.

To try to bring this ramble in for some kind of landing, here’s where I stand after much thought. There’s great new music still coming out today, but for the most part I’m going to stick with that glorious 40-year stretch that made me who I am, both for listening and for writing. With any luck, I’ll reach someone in their mid-20s who knows every speed metal band since 2000 but has never heard the Gin Blossoms or the Replacements or Social Distortion. And obviously I will continue preaching the Gospel of Bruce for as long as I have breath in my lungs.

I’ll leave you with a Lucky 13 of my favorite songs since 1995, just to prove I actually have listened to a few. And to be clear, I barely consider Nickelback, 3 Doors Down, and Creed music, let alone rock.

More stories from Paul Combs and writers in Beat and other communities.