A Playlist That Pairs Perfectly With Your Tendency For Overthinking

by Lindsay Rae Brown 28 days ago in playlist

Dwell on this, my darlings. Dwell and dance to the music of your soul! 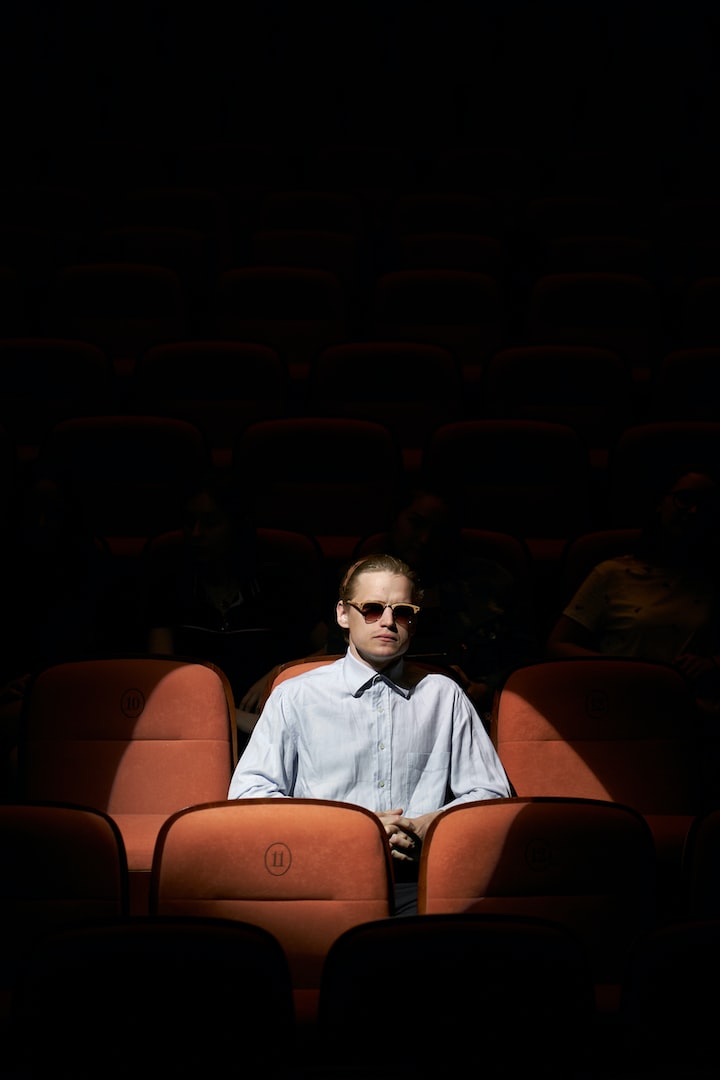 Photo by Gabriele Stravinskaite on Unsplash

Are you an overthinker?

Have you ever found yourself worrying endlessly about that awkward string of text messages you sent to a friend because you felt insecure about something and just needed to get some shit off your chest? But you’re bad at feelings and junk, so you vaguely disguised your self-loathing with what you thought at the time was adorable gibberish, but in retrospect, you just sounded like a fucking wingnut.

Does the tendency to lie about everything come naturally to you? Thus you worry that you may be caught in one of the various fibs you have weaved unnecessarily into your life?

If you answered yes to any of these questions, great!

Here at Lindsay Rae Brown’s Castle of Cringe, we want to help you stuff those pesky feelings of worry and anxiety into the left toe of your shoe—so you can walk all over them!

Following is a list of never-fail songs that you can play for any reoccurring mishap that you can’t stop thinking about.

The situation (*from here on out, I will be shortening the word “situation” to situ because of laziness): You keep getting junk mail that says: BIG STOMACH - Get rid of that flabby gut today with (insert various weight loss remedies)!

And you whisper to yourself as you aggressively delete these spam messages, "How do they know?"

The song: Big Girl (You Are Beautiful) - MIKA

The situ: Lately, your butthole is, like, super itchy. The thing is, you don't want to make a doctor's appointment because you're nervous about how to broach this subject with the receptionist.

The situ: You've never been to an actual concert. You've been to music festivals, but never a real show that you specifically bought tickets for to see a particular band.

Never done it. So when people ask, "What’s the coolest concert you've seen?" Which is a super popular icebreaker...

You have to say, "Uh, I guess my kid’s Christmas concert last year was pretty awesome."

Why is this consuming your thoughts?

The situ: Your dog sniffed your armpit the other day, violently sneezed, tried to bite your boob and then ran away very fast. Now you can't stop wondering if you smell really, really bad or have an undiagnosed health issue that only the dog can sense.

You, calling the doc’s office: “Uh, yes. Hello. I just thought I should make an appointment for a check-up because my dog seems aggravated by my smell lately.”

The situ: Your word-vomit game has been strong these past few weeks. You can't stop blathering on and on about inconsequential things. Things that really would be better left in the relative safety of your inner thoughts. Is there some sort of seminar that teaches a person how to build filters for their random brain musings?

The song: If I Could Turn Back Time - Cher

The situ: Over the past 24 hours, you have had three different people tell you to stop apologizing so much.

You're sooo sooooorry that you just want people to know that you’re regretful for all of the word-vomit you spew at them.

The song: Apology Song - The Decemberists

The situ: You keep checking yourself out in reflective surfaces.

Walking the dog, you glance into a car window to see if your butt looks big under the twenty-three layers you’re wearing. There is someone in the car.

During your morning coffee sitting outside on the patio, you can’t help yourself from gazing at your beautiful shadow-silhouette cast upon the surface of the garden shed. You think, my Gawd, I could be a model if shadow modelling were a thing!

While leaving Wal-Mart, your eyes never fail to look up at the security footage screen where a short, stocky woman stands, wearing a Doctor Who mask, and daaaaamn she looks fine. Then a cart crashes into your ankles which startles you from your reverie.

Are you a terrible person for doing this every single time?

The situ: A strange rash is developing inside your ear, combined with a ringing in the deep inner drum.

Here’s a thought: Maybe you can make the doctor’s appointment for this ear issue and then bring up the itchy asshole real caszh, like.

The situ: You can't stop thinking about how terrible of a contributor you've become to the household. Your husband keeps you and the kids alive with the fantastic food he cooks. Not to mention, when was the last time you cleaned anything? Sure, you make the odd hamburger casserole now and again. But if it were up to you, the kids would just survive off of charcuterie boards.

But like, an unskilled cook's charcuterie board with week-old sausage, marble cheese and Ritz crackers.

So instead of actually getting your shit together and helping your husband with all of the housely duties, you dress up all sexy-like and woo him, so he gets distracted and forgets that you most certainly are not carrying your weight around this place.

The situ: You started reading the acclaimed "Women Who Run With the Wolves" book, and like, ten pages in, you found yourself just making fun of the over-the-top self-love bullshit.

You know in your soul that this book has the ability to change your life but also have a sneaking suspicion that you’re not up for a life-changing event right now. So instead, you just make fun of the self-reflection process and continue being the dirtbag human that you are.

The song: In Spite of Ourselves - John Prine and Iris Dement

The situ: You've become obsessed with the fact that you’re 35 years old and should have more confidence than you do.

But then, when you start thinking about this fact, it provides you with an even greater hit to the self-esteem because what kind of a 35-year-old woman are you anyway!? Then you start obsessing over all of the things that are wrong with you and causing this lack of confidence.

Things like the subject matter of your junk mail and the fact that you spend your days apologizing to anyone who so much as rolls an eye at you. Things like your itchy asshole and your innate fear of making appointments over the phone.

The situ: You’ve found yourself starting sentences with the famously pretentious phrase, “I’m the kind of person who…” And you can’t remember when you became that kind of person. Maybe you should give Women Who Run With the Wolves another shot.

The situ: You fear the time has come to start waxing the increasingly apparent mustache developing on the upper left corner of your lip. However, you can’t seem to make yourself do it because you are worried that once you start waxing this area, you will have to commit to waxing it for the rest of your life.

Miss one week of hair removal, and all of a sudden, you will have transformed into the thirty-year-old version of your father, and there’s no coming back from that.

The song: Grow Your Own Fucking Moustache, Asshole - The Wet Secrets

The situ: There are several things in your life that you are holding onto with a death-like grip. You know you should let these things go. But you can't bring yourself to do it.

Like, for example, that dead cactus plant hanging in your kitchen window. Its spikes are nothing but soft butter now, and you feel like if you were to touch the thing, it would likely disintegrate into a pile of dust.

However, you leave it where it hangs and proceed to think about it for the rest of your life—understanding that sometimes you must not disturb the weird and delicate intricacies of your convoluted existence.

The song: Waving My Dick In The Wind - Ween

So there you sit, eating Ritz crackers directly from the box with a half-chewed block of marble cheese in your other hand, swaying gently to the music as you allow yourself to drift off to that place where the sweet, sweet melody always manages to take you.

Dwell on this, my darlings. Dwell and dance to the music of your soul!

Lindsay Brown is a writer who doesn't really have that itchy of a butthole. Check out more of her work HERE!