by Cassandra Anderson 4 months ago in playlist

We can (still) dance if we want to 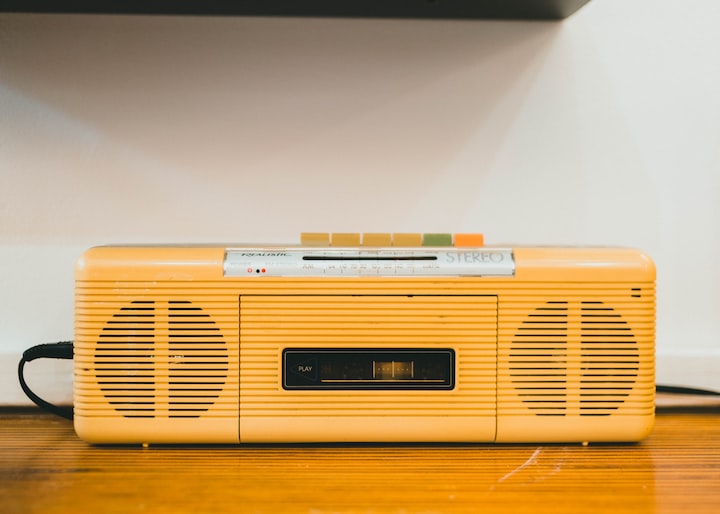 Every generation is influenced by music, and Gen X is no exception.

I'm a proud member of the so-called Slacker Generation. We were born between roughly 1965 and 1980. And musically, so much happened on our watch.

Music Television (MTV) was born. We saw the switch from vinyl records to cassettes, then cassettes to CDs. The older Gen X cohort remembers the brief interlude with 8 tracks. And today, we hear our generation's music on oldies stations.

I belong to the Facebook Group, "Gen X." There, I recently posed the question:

"If we had a definitive Gen X soundtrack, what songs would be on it?"

I received over 70 suggestions, most of them pop and rock. I then whittled down the list to choose the top 10. I also took the liberty of adding a couple of my own picks.

This song was initially released in 1982. But for obvious reasons, it had a major reboot 17 years later. Remember when 1999 still seemed soooo far away? And how Y2K ended up being a lot of worry over nothing?

Several people put in votes for Duran Duran, so I delivered. To this day, listeners are still impressed by the bass line and saxophone solo in this song. Just check out the glowing comments in this YouTube video.

The emerging "Seattle Sound" was one of the movie's main characters. Pearl Jam's Eddie Vedder even made a cameo appearance.

It'd be impossible to pick just one song off this soundtrack, so I'm throwing the whole kit and kaboodle in. (Although, if you were to ask me for my favorite song, I'd say "Dyslexic Heart.")

Before she burned crosses in her music videos, Madonna was the world's Pop Princess. This song is a throwback to her more innocent, bubble gum image.

MTV debuted on August 1, 1981. Appropriately enough, this was the first video the channel played. (The Buggles must have been psychic because they recorded the song back in 1979.)

A Gen X playlist wouldn't be complete without a hit from The Gloved One. Before the controversies, before zombies were cool, Michael knew how to bring it. He was a global pop star in the same vein as The Beatles and Elvis.

If there was a song that embodied the phrase "Whatever," this would be it. Plus, the video has something for everyone: cheerleaders in a cemetery, bloody windshields, a little Spanish, and even a leaf blower.

In the early '90s, hair bands were pushed out of the way to make room for grunge artists. This song was a driving force in making that happen.

If you're suddenly nostalgic for "Cute & Girlie" armpits, you can still buy Teen Spirit deodorant on Amazon.

Considering the youngest Gen Xer is now 40, I'm not sure *what* we aren't gonna take anymore. Low back pain? Neighbor kids on your lawn?

Well, whatever "it" is these days, here's your anthem.

P.S. What do you want to do with your life?!

1. "Don't You Forget About Me," Simple Minds

You just knew there'd be a Molly Ringwald connection in here somewhere. It's hard to argue that this song doesn't deserve to be in the number one spot. It's from an iconic movie, which starred some iconic '80s actors.

Heck, it might as well be our official anthem. As Boomers and Millenials reach over us to duke it out, we quietly sip on our Crystal Pepsis. It's entertaining to watch, isn't it?

And don't you forget about that one time when even the mainstream media forgot we existed. Check out this graphic from CBSN:

Did I miss any essential pop or rock songs? What would be on your Gen X playlist? Maybe I'll tackle rap and country music next.

See all posts by Cassandra Anderson →