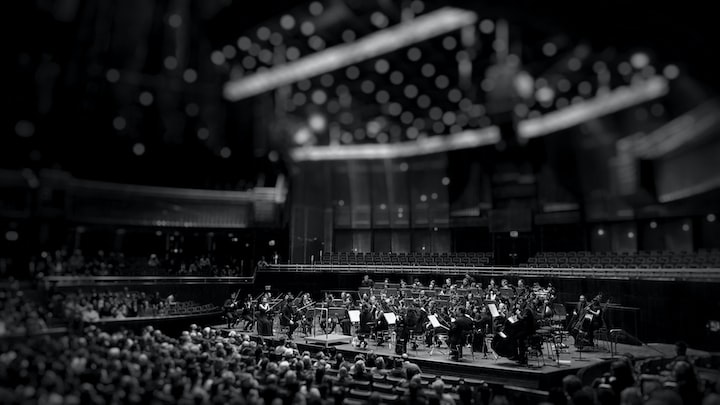 Photo by Arindam Mahanta on Unsplash

Studies suggest that listening to peaceful music can trigger positive chemical reactions in the brain that help reduce stress and depression levels. But not every classical piece has a peaceful quality. Some also argue that the act of listening to music has physiologically as pronounced an effect as a massage.

This is the famous, and somewhat illusory, "Mozart effect". Students are known to perform better on tests if they listen to classical music, they are able to complete them faster, and improve their IQ over time. However, there is some disagreement among researchers about the extent of this effect and how exactly it works.

When researchers tested students preparing for exams, they found that their sleep patterns improved significantly when they spent 45 minutes listening to classical music before going to bed. The mind and body are then able to calm down, similar to meditation. Getting enough sleep each night helps you concentrate while studying and other tasks during the day.

Perhaps not surprisingly, music is a major factor in helping people perform physical tasks. It is not just about exercising to boost fitness but also performing tasks that require coordination. But in this case, a more energetic and rhythmic tune is more likely to get you in the mood.

5. It will help you process traumatic experiences

Greenberg notes that music can help people process emotions after a traumatic event. His research has shown that adults who have experienced trauma in childhood have a stronger and deeper connection to music than others.

6. You will discover your hidden musical talent

If you allow your children or yourself access to musical instruments you could have gained information about uncovering a talent you didn't even know you had. Playing a musical instrument can be soothing and therapeutic as well.

Evidence has been found to suggest that music speeds up the tissue healing process. It can also distract the brain from focusing on chronic physical pain.

8. You can find out more about your personality

David Greenberg of Cambridge University has conducted research into the link between music and personality traits. His work revealed that it is possible to determine a person's personality type based on their musical preferences. He divides people into two groups - empathizers and systematizers. The first group is thus more strongly influenced by emotions. The second group thinks in terms of patterns or systems.

People who are somewhere in the middle are categorized as level-headed. He adds that 95 per cent of them can be classified into one of these three groups. The empaths were more likely to choose soft music with sad emotions, the systematizers chose more intense styles, and the balanced group tended to be more open to a wider range of styles. Such information can help counselors and therapists with treatment and predict certain behaviors.

9. Improve your memory and prevent degeneration

Listening to classical music can increase the activity of genes that regulate dopamine secretion and memory, while decreasing those that affect neurodegeneration. The findings were based on the group listening to Mozart's Violin Concerto No. 3 in G major. However, the study only found beneficial effects in participants who had musical proficiency. To take advantage of this, you'll need to do more than just listen.

A study conducted by Bernardi, Port, and Sleight found that music with a slower tempo can help regulate your heart rate. The test involved 32 participants, half of whom were experienced musicians. Each person listened to different two-minute clips of different music genres, and the researchers found that the heart rate matched the tempo of the music. This happened independently of the individual's opinion of the style of music they were listening to.

For the end you can listen to:

More stories from Maky Jonas and writers in Beat and other communities.