What Do The Different Colors on AV Cords Mean?

by 69 Articles Production about a month ago in gadgets

What is the difference between Red/Yellow/White and Red/Green/Blue RCA cables? 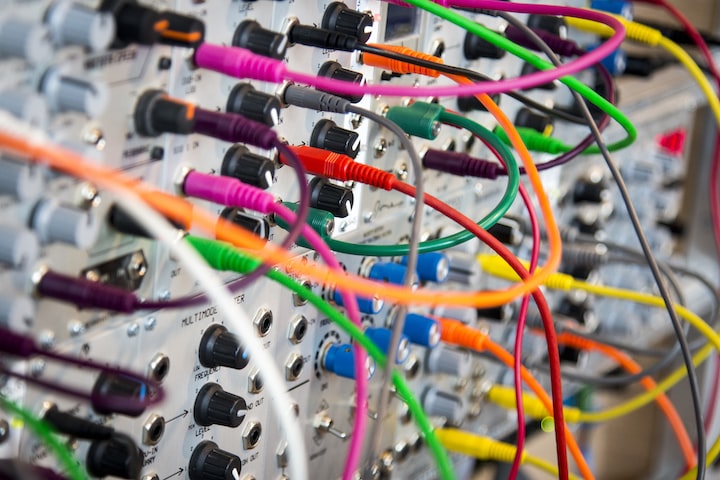 Photo by John Barkiple on Unsplash

AV cords are generally used to make connections for audio and video transfer with minimal loss of quality. They were introduced in the 1940s by the Radio Corporation of America (aka the RCA) as RCA cables to replace the original, used quarter-inch phone connectors for the transfer of audio signals. But with time, refinement came to its design, and more uses were assigned to it and at its prime, these cords were being used to transfer composite video, right and left audio, power, and also component video signals.

AV cables have been used for giving connections from televisions to the DVD player, gaming consoles, and cable boxes. But since they are unable to carry HD signals so their use in commercial and home applications has suffered a decrease.

A single AV cable consists of the following parts.

A single male connector that is surrounded by a ring. The ring is often segments to provide it with a spring gripping pressure.

The second part, i.e. the socket is the female connector, it is made up of a hole and an outer ring.

The area between the hole and the outer ring in the female connector is filled with an insulator, which is generally plastic. However, in the older AV cable apparatus, such as those used for the transfer of RF signals, these were made of ceramic.

The cables are generally mated by pushing the male connector into the female jack. Proper mating should be ensured to confirm that no loss in signal takes place. Improper mating may lead to poor video quality or audio signals.

Let us start by explaining the color coding for different audio and video signals.

A Yellow color RCA connector is used for the composite video cable. This should be a coaxial cable and this would generally be thicker than the other RCA connectors.

RED is used for the RCA connector for the right audio channel.

They are of two types,

These are coaxial cables and they are physically identical to each other except for the colors on these RCA connectors.

The following are a few problems with AV cables.

Sometimes the (hot) signal connection is made before the (cold) ground connection and this leads to the production of a loud buzz sound.

They cannot transfer HD video quality so their use has been decreased to a minimal in the modern time.

They require a separate connection for each signal no matter how minute the signal is. Due to this in a setup, it leads to confusion in its connection.

As these cables transfer Analog signals, so the signal quality is degraded with the length of the cable. Hence smaller and arranged AV cables provide better signals than longer and disarrayed AV cables.

This type of AV cable is the most primitive and is the standard AV cable discussed.it consists of 3 RCA connectors, one for video and two for audio.

In this type of AV cable, better video quality can be provided compared to the previous type because of the use of 3 component coaxial cables for video transfer instead of one. This has been the standard for most types of monitor connections.

VGA is an older technology developed in 1987 and it transfers an analog signal through 15 individual pins.

DVI was introduced in the market in 1999 and as the name suggests, it transfers digital signals. It is still compatible with analog transmissions and can connect with both older VGA and the newer HDMI connections.

However, these AV cables cannot transfer audio and a separate 3.5mm jack is used for that purpose.

This type of cable is used to carry audio and video signals from a device to our TV or Computer Monitor. It is the standard type of cable for all HDTVs and many other devices like gaming consoles, laptops, desktop computers, and Blu-ray players. Which type of HDMI cable is to be used depends upon the quality of the video to be transferred. Different HDMI cables are used for transferring 720p, 1080p and 4k videos.

Now that you have been informed about the uses of each of the different kinds of AV cables and the Color coding of the RCA AV cables, I am sure that u will be able to use this information to choose which type of cable is needed more wisely and also be able to wire an RCA AV cable connection without any kind of fuss.