What cybersecurity does the government actually use?

by Abraham Verninac 4 months ago in cybersecurity
Report Story

I'm not really sure what cybersecurity the government uses, but I'm sure they're pretty good at it. 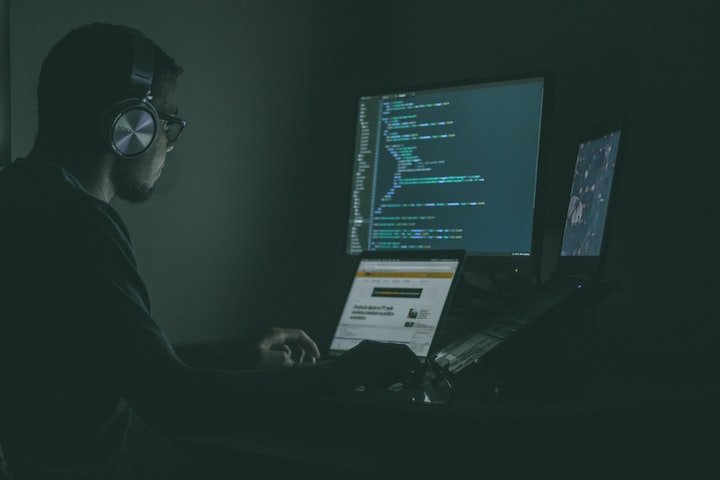 Photo by Jefferson Santos on Unsplash

The news often presents a grim image of cybersecurity. We hear about the Edward Snowden leaks, the Heartbleed bug, and bulletproof hosting. Just last weekend we learned that spies used a fake Facebook server to inject viruses on to unknowing computers. These things might scare you or make you feel like our government isn't prepared for cyberwarfare and lacks the technology to protect its secrets from hackers.

The truth is that it is downright impossible for any organization, public or private, to effectively defend itself against cyberattacks and remain entirely secure. This includes the government. Our government has even been the victim of successful breaches led by enemy nation states intent on stealing valuable information or disrupting U.S cyber infrastructure.

Once this intention was exposed, it was only a matter of time before foreign networks were used by foreign actors in an attempt to acquire classified information or damage our own infrastructure. But that doesn't mean there's no hope for security at all...

In March of this year, President Obama released the National Strategy for Trusted Identities in Cyberspace (NSTIC), which aims to create a "single standard for authentication" that will allow people and organizations to use their existing identities to prove who they are online. The plan is part of the administration's larger cybersecurity strategy, which includes putting $19 billion toward improving the security of federal networks over the next five years.

The NSTIC builds on two previous initiatives: the Federal Identity, Credential and Access Management (FICAM) program and the Federal Chief Information Security Officer (CISO) Council's "Multi-Factor Authentication Guidance for Federal Agencies." According to OMB Watch, these programs have resulted in progress on some fronts but have also been hampered by lack of funding and inconsistent implementation across agencies.

Cybersecurity is a big part of life in the modern world, and it's not just something that affects private companies and individuals. The government is also a target for cybercriminals, which is why they have their own cybersecurity initiatives. The Department of Homeland Security (DHS) has a program called Trusted Internet Connections (TIC).

This program provides federal agencies with access to the internet through an encrypted connection. The secure connection ensures that all information sent over the TIC is encrypted, so no one can intercept it without knowing how to decrypt it first. TIC has been used by several government agencies since its inception in 1998, but it wasn't until 2009 that the program became widely used among federal agencies.

By 2014, DHS reported that more than 2 million people were using TIC across 4,000 networks. That number may seem small compared to the millions of computers connected to the internet at any given moment, but remember: The federal government makes up just a fraction of all users on the internet.

The U.S. government uses a number of cybersecurity tools and techniques to protect the nation from cyber threats. These tools include anti-virus software, firewalls, intrusion detection systems and more. The Department of Defense (DoD) has relied on a number of different cybersecurity solutions over the years for its networks and infrastructure.

In fact, there are currently over 6,000 cyber products in use throughout the DoD's various branches, including: Anti-Virus Software: Anti-virus software is one of the most common cybersecurity tools used by federal agencies. It's designed to prevent unauthorized access to software programs and data files by detecting viruses or malicious code that may have been introduced into a system by hackers or other types of attackers.

The DoD uses anti-virus software on all of its major systems, including desktops, laptops and servers. Firewalls: Firewalls are another common type of security software used by federal agencies to protect computer networks from intruders who attempt to break into those networks through various access points such as ports or network cards.

Some of these attacks include: Defending digital campaigns (DDc): This is a type of software that helps protect the government from any kind of cyber attack. It helps prevent hackers from gaining access to private information or sensitive data. Defense Advanced Research Projects Agency Network (DARPA NET): This is a type of network that was created for military forces around the world so they could communicate with each other in real time without having to worry about any type of interference from hackers or other cyber criminals.

Cybersecurity is important; you don't need us to tell you that. And it's very good to hear that the government is taking steps to improve its abilities in this area. There will always be people looking to take advantage of vulnerabilities, and it's good to know that there are those who are trained and ready to deal with potential breaches.

If you have more questions about cybersecurity, however, feel free to contact a company like IT Governance for help.