by Ty Mc 10 months ago in future
Report Story

Why the next evolution of the internet is so important 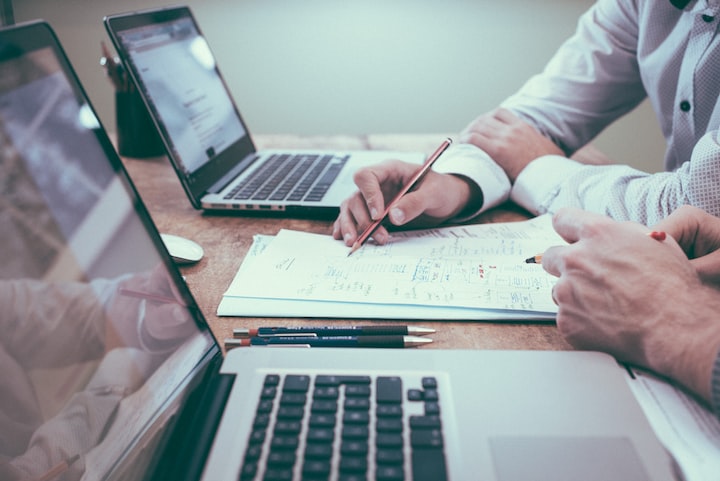 The internet is currently at a stage called Web 2.0, which is an important step in the lifecycle of the internet. This term was originally put in use in the year nineteen ninety nine before it became mainstream. The term basically describes the internet in the state that it is in today where people can deal with visual and interactive content through their computer, mostly through mobile devices like laptops (which are mobile compared to desktops and computers of the past), mobile phones, smart watches, portable game consoles (the Nintendo Switch, Steam Deck, etc.) and other smart devices. I think the website Newsweek gives a much better and direct definition of what Web 2.0 really is than I can:

Web 2.0 allowed individuals to publish articles and comments, and users could create accounts on different sites, which ultimately encouraged participation and increased the number of people regularly using the internet. Web 2.0 was structured in a way that encouraged more people to create unique content.

Web 2.0 has been characterized by the rise of apps, platforms that enabled self-publishing such as WordPress and Squarespace, and social media platforms such as Facebook, Instagram, LinkedIn and YouTube. These websites emphasize user-generated content, participation and user-friendly layouts, which are all distinct characteristics of Web 2.0. In simple terms, Web 2.0 transitioned to the idea of "the internet as a platform."

However, there is a problem with this modern internet: it is too centralized and pretty much at the mercy of large corporations who can take down these services at any time. Also, any server can be hacked and have their data messed with or have the information on these devices held hostage by criminals. This is a huge problem, as people discovered when Facebook and its services went down without warning. While many might see this as a good thing, some people forget that many startups and companies in other countries use Facebook and social media services as a replacement for company websites. For many of these businesses, the social media site is the only way to reach them or discover their operating hours. This makes Facebook going down the equivalent of every business webpage and method of contacting the businesses affected going down because of a problem that happened to one company's servers. How can you deal with such a situation and have services not dependent on a single third-party or centralized server farms that can be taken down by malware or hackers? The answer comes from Web 3.0.

As Newsweek describes it "In Web 3.0, data will be connected in a decentralized way, unlike generation 2.0 of the internet in which data is primarily stored in centralized storage locations." Web 3.0 will use blockchain/ distributed ledger technology to accomplish this. Blockchain are "essentially a digital ledger of transactions that is duplicated and distributed across the entire network of computer systems on the blockchain", as described by euromoney. Basically, blockchains are more advanced decentralized databases that automatically distribute their data across multiple computers and double each of these computers double check each other to make sure the data on each device is correct. This allows blockchains to work even if most the 'main servers' or main nodes the ledger is saving its information on go down. Blockchains are also more secure since all records are individually encrypted and to change a blockchain, a hacker would have to hack a supermajority of the computers connected to said blockchain (which requires a lot of computing power. For some blockchains, it requires the computer power of a small nation state to pull this feat off, making blockchains far more secure than trustless databases that came before). If a social media site like Facebook was on a blockchain, all of the servers of the main company could go down and the site would still be secure and still running as long as the computers and nodes of the clients are still running. All of this, to some degree, will be automated by the blockchain's code instead of having to be done manually by a technical person or third party.