Thank You For Your Interest In Cryptocurrencies

by Pralines and Cream about a month ago in cryptocurrency

Why am I thanking you !? 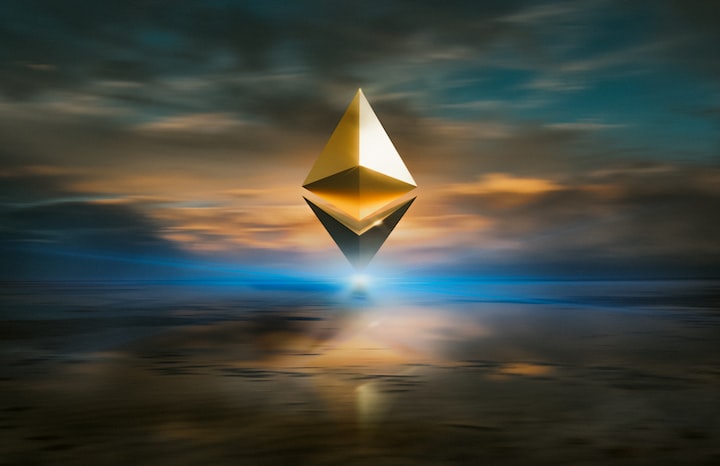 I have been reading about Bitcoin for a couple of years and I have been hearing stories about how it is becoming more and more valuable. But I never took interest in it until last month, when the value of one Bitcoin reached $20,000 and then $15,000 and then $10,000 and kept dropping. All of a sudden, everyone was talking about it.

I had no idea what was going on and my friends were sending me articles that explained everything in detail, but this was the first time that I actually wanted to know the details.

So I started learning about it by reading articles and watching videos about it on YouTube for hours every day. And now I will explain to you what exactly Bitcoin is.

Bitcoin is a cryptocurrency which means that it is digital money designed to be secure and anonymous. It can be used as an investment or as part of your portfolio but most people use it to buy things online because of its convenience.

The most important feature of Bitcoin compared to other currencies is that all transactions are recorded in public view on the blockchain, which means that no one can tamper with them.

What is a cryptocurrency?

Cryptocurrency transactions across the internet are secured by military grade cryptography. This venture is so new that it is difficult to predict which cryptocurrencies will become dominant and which will disappear into obscurity. However, it is easy to understand how these cryptocurrencies work because they are built on a foundation of blockchain technology which is also used for Bitcoin.

Cryptocurrency values and how they work.

Cryptocurrency is a digital currency that uses cryptography for security. Unlike centralized banking systems like the Federal Reserve System, where governments control the value of a currency like USD through the process of printing fiat money, cryptocurrency is completely decentralized. Its security is provided by cryptographic algorithms like those used for online banking. Because these are such complex algorithms, cryptocurrency is said to be a proof-of-work system with heavy computational requirements, designed to avoid abuse from script kiddies.

Cryptocurrency is produced by a process called “mining” which involves using computers to solve complex algorithms called “blocks.” Each block contains a mathematical proof of work that must be solved in order to create the next block in the chain. Each time a block is solved it creates some new cryptocurrency — hence the term mining.

How I make money with cryptocurrencies

Let’s start at the beginning. If you’ve been following cryptocurrencies, then you know that it is the most volatile trading market out there. Cryptocurrencies are known for their extremely high highs and extremely low lows. There have been several major market corrections in just the last year or so.

But if you’ve found a cryptocurrency that you believe in, that you think will continue to grow in value and make you money, then there are ways to hedge your risk. You can put a percentage of your portfolio into the cryptocurrency and then sell call options on it.

A call option is basically a bet that the price of something is going to go higher. When you buy a call option, you’re paying someone else (the seller) a premium for the right to buy something at an agreed upon price (or strike price) within a certain time period. If the price of whatever your call option allows you to buy goes down below the strike price before your option expires, then you lose 100% of whatever money you spent on it.

Call options are kind of like insurance policies for your investments. They don’t cost very much money up front, but they could make all the difference in keeping your losses from being catastrophic if the market moves against you quickly or unexpectedly.

There are many people on the internet that want to talk about how amazing and easy it is to make money with cryptocurrencies. This information makes it seem easy to become rich, but it is not true. Just like anything else, there are many people that lose money with crypto so do not let the crazy stories you hear or success of the few fool you into thinking that you will have the same success. The best way to think about this is just like gambling at a casino. There are people who win every day and make a lot of money but for every winner there are even more losers and if you gamble long enough you will eventually lose all of your money. Do not think that because bitcoin went from $19k to around $6k that means that it will not go back up to $23k or even more in the future but my point is there are people who bought at $6k then lost 50-60% because they were greedy and wanted to wait for $10k before selling..