TW
by Tyler Wesley 8 days ago in how to

See how to use the Chromebook computer to help work on Linux... 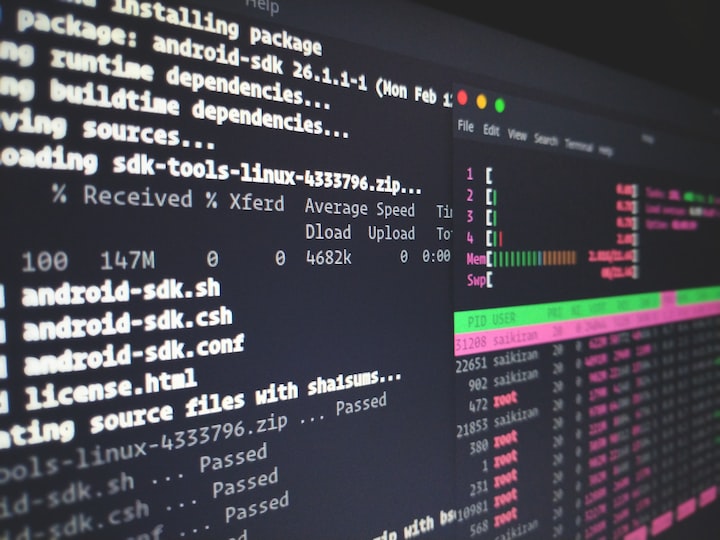 Here, I am going to be talking about how to use a cheap netbook called a Chromebook to do work with the Linux operating system. As I have stated in a previous story, I have been spending my time working with Linux and attempting to get Linux certification. At this point in the process, I am working on doing labs where I can practice working with Linux hands-on. However, instead of working on the computer provided by my current employer, I am working on one of my own devices. The device I am currently using to practice basic Linux commands and working with the Linux terminal is the Acer Chromebook Spin 311, a little computer running ChromeOS that I had purchased last year to test Android applications on. This Chromebook, from what I can tell, works pretty well and also has a way to run Linux, which is very useful for preparing for certification.

Many Chromebooks allow you to run Linux directly from the device with little modification. They use a program named Crostini. Crostini is used to run Linux apps from devices that run the ChromeOS operating system (the native operating system that runs Chromebook). To start running Linux on Chromebook, all you have to do is go into the Settings of your Chromebook and click Linux/Enable. Once active, you should see an option in the settings of your Chromebook named Linux(Beta) that you can use to edit how Linux deploys on Chromebook. When Linux(Beta) runs, it will do so from a virtual machine on ChromeOS that keeps the deployment of Linux (and almost everything you do on it) separate from the main system.

To run this version of Linux, you have to go to the Terminal app on your Chromebook and open it. Opening it will open a Linux terminal where you can type in Linux shell commands to navigate the Linux environment. There are three main forms of Linux that all other distributions of Linux are descended from: RedHat, Debian, and SUSE. The version of Linux that runs on my version of the Spin 311 Chromebook is called Debian GNU/Linux 10 (buster). Debian uses the Advanced Packaging Tool (APT) to retrieve and resolve software packages. The apt command itself is used for options that allow you to install different Linux programs. Apt-get can be used to install and remove software packages. Meanwhile, apt-cache can be used to search software packages and display data on said packages to the user. Debian comes with the Chromebook I use and others, but you can download it for free on other devices due to it being open-source under the GNU General Public License.

Now, I can’t practice any of the stuff from the Chromebook since part of the course talks about using a Graphic User Interface. This terminal version of Linux doesn’t have a graphic user interface and you have to do everything from the command line. However, pretty much everything else I am learning in the course can be practiced on the device with little to no trouble. I can use the ls command to list all of the files and directories that are contained in the current directory. I can also use the command ls -a to list every file and directory in the current folder I am visiting, including the files that are designated as hidden. Cd .. allows me to go ‘up’ a level and exit the folder I am currently in to move closer to the root (the user home directory of Linux) and I can use the cd command followed by the name of a folder to enter whatever folder I need to access. So far, this is all I need to do my basic Linux training, but over the coming days, I am going to see if my Chromebook can handle more advanced Linux functions. Stay tuned!