TW
by Tyler Wesley 10 days ago in apps

Talking about the Paint 3D program... 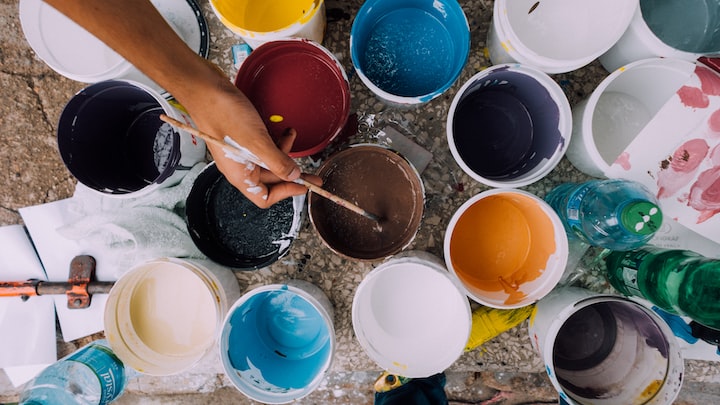 Photo by russn_fckr on Unsplash

Microsoft Paint is a very good graphics editor that you can be able to get for free when you work with the Windows operating system. However, there is another service that comes free with modern Windows systems that allow you to have the perfect set up as an amateur artist without having to break the bank. It is a system that I hope to get acquainted with soon because it will help me with a very important task in the future… a task that will help me get better at being an amateur game designer and get through a very interesting two days…

Now, you probably have a software program on a PC called Paint 3D. Like MS Paint, it is a easter graphic editor and free 3D modeling program. It is available for Windows 10 and potentially all future versions of the Windows operating system. It was first released on April 5 th of 2017, but it was first revealed after a leak occurred on October 2016. An employee released a tutorial for the new tool on Twitter, a tutorial which revealed the new 3D support and modeling feature. The program comes in 65 different languages, including English, Afrikaans, Albanian, Arabic, Azerbaijani, Bangla, Basque, Belarusian, Bulgarian, Catalan, Chinese, Czech, Danish, Dutch, Estonian, Filipino, French, German, Greek, Malayalam, Latin, Latin, Kiswahili, Macedonian, Uzbek, Hebrew, Hindi, Japanese, Persian, Polish, Lao, Italian, Serbian, Russian, Romanian, Spanish, Swedish, and more. You can basically use it no matter where you come from and find a way to put Paint 3D in your native language or the closest thing. The last stable release of this art software was August 13th of 2019. When the program first came out, it was praised by different venues like The Verge. Daylight the improved stylus support, improved operating system, and innovation compared to the original Microsoft Paint. Soon, Paint 3D he came to use for niche game design and allow new indie game designers to make some pretty decent graphics with a very simple tool you get for free on a Windows PC.

One thing I like about Paint 3D is how I can easily find it on my Dell Inspiron i7-7500U computer and start using it. Currently, I'm not very good with it, but hopefully I can be able to get better with time, practice, and help from the butt load of YouTube videos and tutorials are available. I could be able to use it for a new game jam that is happening right now on itch.io. Well, it technically isn't happening right now. However, it will begin in 2 months. It will start on April 30th of this year and it is called Paint Jam 2021. For this game jam, you are only allowed to use art assets you create using Microsoft Paint or some kind of Microsoft Paint alternative to create a good video game. For the average person who has probably never used a program like Microsoft Paint to make anything but the kind of paintings that you would expect from a 5-year-old (a demographic that includes myself), this game jam probably already sounds impossible. However, don't worry... It gets even harder from there.

On top of that, you have to create a video game with these Microsoft Paint-style graphics in only 2 days. you literally only have 2 days to try to make some type of game using Microsoft paint graphics and then be judged by a bunch of people who have to be entertained by such a basic game. It would be a fun challenge and I'm probably going to enjoy it even if I don't place or get last place. When I finish making my assets with Paint 3D and finish this game, I will probably post it on this site. Until then, I will continue working on the game jam that I'm already working for that will last for 3 days and complete the game that I'm currently working on, Ounce of Prevention.