Nvidia Vs AMD Vs Intel: Which is a Better GPU

by Aamir Kamal 8 months ago in product review

Which is a better GPU, Intel, AMD, or Nvidia? 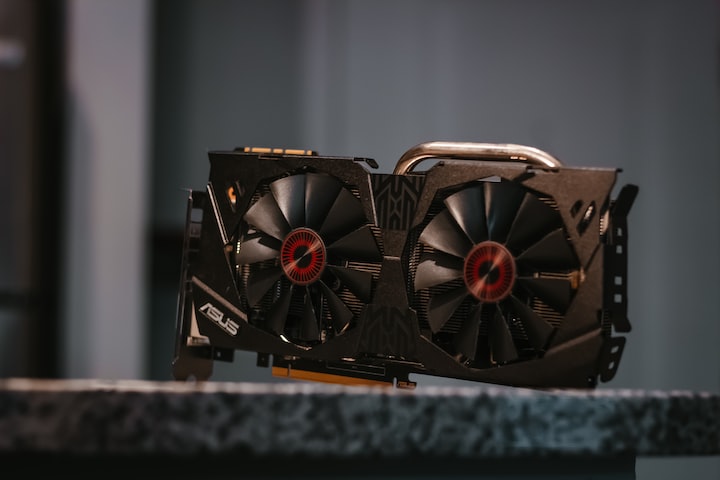 Photo by Joseph Greve on Unsplash

There are some age-old questions like Windows or MAC, iPhone or Android, PCs or consoles etcetera, to which countless people over online forums have tried to give their opinions with facts and figures. But still, these questions are left unanswered and up in the air. Today we are going to tackle one of such questions, who is the king of GPUs? Is it Nvidia or is it AMD or by any chance can it be Intel? Let’s take a deep dive to understand it completely so that you may be able to make a proper choice when buying your next graphics card.

Before we talk about who is the king of the throne, let us discuss the history of these companies.

AMD which stands for Advanced Micro Devices was founded in 1969, 50 years ago (They celebrated their 50th anniversary this year with gold edition Radeon 7 and R7 2700x signed by CEO of AMD Dr. Lisa Su.). The GPU division of the company was born when AMD purchased ATI Technologies in 2006. AMD used to have it is on fab but they sold it off and it was then named GlobalFoundries. AMD is now recognized as a company that designs both CPUs and GPUs and gives their designs to fabs like TSMC, Samsung, and GlobalFoundries to make the chips.

Unlike AMD, Nvidia was founded quite recently in 1993. Nvidia was primarily made to develop graphics chips. So, they specialized in that department from the start and quickly rose to the top. The first major product of Nvidia was Riva TNT released in 1998 and was followed by TNT2 the same year. GeForce 256 was the first GPU released in 1999 because it employed hardware support for T&L (Transform and Lightening) calculations.

Nvidia right now, Spoiler Alert, is considered the king of the GPU industry and it only took them 20 years or so to reach this point. Nvidia is also doesn’t have its own fabs so they get their chips manufactured from TSMC and Samsung.

Intel was founded in 1958 and is the second largest and second highest valued semiconductor chip manufacturer with respect to revenue earned after being overtaken by Samsung Electronics. Intel is the inventor of x86 microprocessors. However, the graphics division of Intel is not something to write home about.

They only really make integrated GPUs for their CPUs. Recently they announced to jump into the discrete GPU industry by hiring Raja Koduri and will release their first dedicated GPU by 2020 but till then Nvidia and AMD are the only major player in the GPU industry. So, unless you are just buying an Intel CPU to just browse the internet and watch movies etc. Intel shouldn’t be considered in the GPU war as of yet.

So, for our further discussion, we will subtract Intel from the race.

Architectural differences In GPU Between Nvidia Vs AMD Vs Intel

There are some distinct differences in the architectural approach of these two companies. For example, Nvidia has been following the more traditional approach whereas AMD had ASYNC computing capabilities since they released the GCN architecture (Graphics core next). This allows for more free computing cycles and less overhead between the API and the hardware essentially making hardware closer to the software. Which was later on implemented when Vulkan and DX12 were released. Since then, Nvidia has also been trying to get into ASYNC compute but as of yet AMD holds a significant lead in gaming titles which are made from the ground up for Vulkan or DX12.

Similarly, AMD has used HBM and HMB2 memory (High Bandwidth Memory) in their flagship GPUs (Vega 56, Vega 64, and Radeon 7) whereas Nvidia is using GDDR5x and GDDR6 right now. HMB2 is way faster than GDDR5x as it has a 1024 bit memory bus with transfer rates of around 256Gbits/s and GDDR5x sits at around 384bit wide memory bus and transfer rates of around 14 to 16Gbits/s.

One section where Nvidia truly looks apart is the software department and the support for extra features such as Nvidia Hairworks, PCSS Shadows, PhysX, etc. AMD has tried to combat this with its own solutions such as AMD pure hair, AMD soft shadows, etc. but they don’t reach the popularity and the widespread use Nvidia gets. Recently Nvidia came up with real-time Raytracing with its new and dandy RTX GPUs to which AMD doesn’t have a reply as of yet.

Which GPU is better: Nvidia Vs AMD Vs Intel?

Now let’s talk about what we all came here to discuss. Which company is better? And the answer to that question is.

It depends on your budget. There is no difference in the level of quality of the products from both companies. So, it only comes down to the performance and the cash. The more we spend the more we get. If you want the absolute best of the best performance and money is not an issue then hands down Nvidia is your way to go as Nvidia is the performance king with its RTX 2080ti right now compared to Radeon 7 from AMD which only provides less than GTX 2080 performance. And RX Vega 64 falls behind quite a bit. RTX 2080ti is around 87 percent faster than RX Vega 64.

Following are some benchmarks for comparison:

So, we can see if the performance is your only metric, hands down go for Nvidia. But if you are tight on budget and you can’t spend much money and still want the best performance then AMD is your best friend. AMD offers its mid-range GPUs at enticing price points often cheaper than Nvidia counterparts and offers similar performance.

Following is a chart to give you an idea about the performance per dollar situation.

So, it concludes on the user’s choice. If you want the best of the best go for Nvidia RTX 2080ti. The performance crown is held by Nvidia for now. But if you are tight on budget then look for deals on AMD GPUs. As AMD is more customer-friendly and offers better performance at lower prices.

1. POLED vs AMOLED: Complete Difference Between The Two Types Of Screen

2. Lithium-ion Vs lithium-polymer: Which Power Bank Battery Is The Best?