Is Apple Going to Buy DuckDuckGo?

by Burk 20 days ago in tech news

Could this be a real threat to Google? 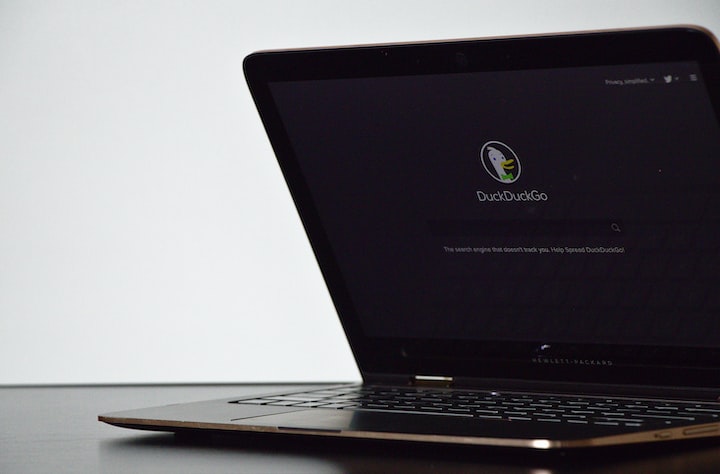 Photo by Dawit on Unsplash

A thought that has been flying around for quite a while is a search engine from Apple. Why? Google is the industry leader. There is Bing, Yandex, and some others. But most have the same problem, well, they call it their business model: advertising. In every way possible.

Could Apple be a solution here? Many providers interpret the search engine differently than the market leaders, with a focus on data protection & privacy. The most well-known of these is certainly DuckDuckGo. I have been using DuckDuckGo for years, both on the desktop and on mobile devices.

DuckDuckGo is a good example of how you can offer a great product & even advertise with a sense of data protection.

For many years rumors of an Apple-owned search engine have been flying around. When Bing came up, I heard rumors about Apple's answer. And these rumors will come up in 2021 again. But this time, it could be more serious than ever.

We are tracked… by every app, website, and service we use. Well, almost. Particularly guilty in this respect are the providers who base their business on advertising & data collection: Google, Facebook, TikTok, and so many more.

So a solution for Apple could be to establish a social network that cares about privacy. Apple actually took the step many years ago, and developed a social network… Ping (someone?). This failed miserably. Nevertheless, Apple could try such a project again, better, and be successful. TikTok is also quite "new" and booming. But I personally do not believe that this is in Apple's interest. At least not at the moment.

But I also believe that a social network created by Apple is not necessary to solve the underlying problem or, let's say, contain it. Apple has already shown that the solution can take a different turn.

For several years, Apple has been trying to integrate features into iOS and macOS that hinder the tracking of data companies such as Google and Facebook. Examples would be the tracking blockers in Safari, the anonymization of a lot of data on iOS and macOS, and much more. Many steps in the right direction.

But now, another big one might follow: its own search engine that competes with Google and stops collecting our data. In this context, however, it makes sense that Apple would not build that search engine from scratch, but rather seek reliable help. This is where DuckDuckGo comes in.

A next step could be that Apple not only offers this possibility but sets DuckDuckGo as the default search engine on every device. If you want Google instead, you have to change the settings. Google tries to prevent this at all costs, and I mean at ALL costs. Because Google actually pays Apple a mind-blowing amount of money annually to remain the default search engine on Apple devices. We're talking amounts between 8 and 12 billion dollars per year. An agreement that oppresses the competition. Apple could do without that. And would have to if they set DuckDuckGo as the default.

The next step will be more drastic: I can well imagine that Apple is interested in buying DuckDuckGo. The relationship between the two companies seems to be good. Apple would acquire a very solid basis. And DuckDuckGo the prospect of becoming a real competitor or even threat to Google. But a competitor with a focus on privacy & data protection.

Not only can I imagine Apple having its own search engine in the near future, but I am also a big fan of the idea of buying DuckDuckGo. What do you think?

One last thought: In addition to a search engine to minimize tracking, Apple might also be working on its own VPN. This would anonymize the connection to the Internet via Apple devices, encrypted and private. This is another rumor floating around for a while that could come true in the near future.