I Refuse To Get Excited About Cryptocurrencies 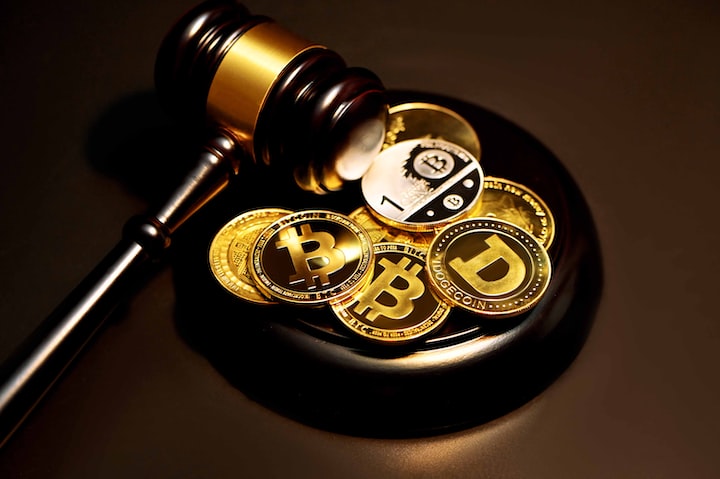 I get it, all your friends are talking about cryptocurrencies and you’re wondering if there is a way to make money on them. Depending on how early you got on bitcoin you may be a crypto millionaire. However, I’m not going to get excited over cryptocurrencies because they are not investments they are speculative assets which can be quite risky when compared to stocks or other traditional investments.

How can something you can’t touch be worth anything

Cryptocurrency is the hot new thing, but I’m not buying it.

The concept of cryptocurrency has existed since the early days of the internet, but in 2009 Bitcoin became the first decentralized cryptocurrency when it launched on the market. The initial goal of Bitcoin was to be a peer-to-peer digital cash system that could be used to exchange money anonymously and free from government regulation.

The promise of anonymity and lack of government regulation has made Bitcoin popular with criminals and people who want to buy illegal items online. It’s also become extremely volatile, with one Bitcoin being worth hundreds of dollars at some points in its history and dropping as low as $4 in 2015.

More than 500 other cryptocurrencies have followed Bitcoin onto the market, including Ethereum, Ripple and Litecoin. All these cryptocurrencies have increased in value this year as people have begun to take them more seriously. Ethereum started 2017 valued at $7 per coin but is now worth more than $280. Litecoin started the year at $4 per coin and is now worth more than $50.

Isn’t it a bubble waiting to burst

Cryptocurrencies are all the rage these days. Bitcoin has been on a tear over the last year or so, breaking record after record and reaching a new high almost every day. It’s not just growing in value, though. The number of people trading it is also growing, to the point that Coinbase — one of the most popular exchanges — added 100,000 users in one day this March.

For those who don’t know what cryptocurrencies are: They’re digital currencies that operate independently of a country’s central bank. There are hundreds of different cryptocurrencies, but Bitcoin is by far the most popular and well-known.

There are lots of reasons why people like cryptocurrencies, but the main appeal is that they’re not tied to a big government or bank that can control your money supply and devalue your currency by printing more of it. Cryptocurrencies are decentralized systems that allow for direct transactions between two parties without an intermediary third party getting involved (like a bank).

I’m not an economist, but I do know a bubble when I see one. And bitcoin and its brethren are a classic example of irrational exuberance, the kind of thing that makes investors poorer rather than richer.

I got interested in this subject about three years ago when I was asked to advise the board of a company called Long Island Iced Tea (LTEA) on whether it should accept a buyout offer from a larger firm. The company’s management and shareholders were in favor of the deal, which would have been sweetened by a $1 million payment to be made directly to me. The only problem: Long Island didn’t have any assets — no factory, no intellectual property and certainly no profits — worth anything close to $1 million.

The obvious red flag was right there in the name of the company: It was in the beverage business, which means it had nothing to sell but iced tea (and lemonade). This was something that would never change. Its product would always be available on tap at your local burger joint or pizza place, or even served up by your friendly neighborhood drug dealer at no cost whatsoever (if he weren’t too busy dealing drugs).

Let me get my denial off my chest

I’m not a fan of cryptocurrencies like Bitcoin, and here’s why: they are too volatile to be worth anything.

Cryptocurrencies have no inherent value. They only have value in the context of an economy. (For example, if I am the only person who will accept Bitcoin for payment for my services, it has value to me.) If that economy disappears, the currency has no value.

Some people think of currencies as being like stocks. If you buy a share of stock and it decreases 50%, you are still sitting on a share of stock worth 50% less than you paid for it. If you buy a Bitcoin for $10,000 and it drops to $5,000, you still have a Bitcoin worth $5,000…right? Not exactly. The problem is that the exchange rate between Bitcoins and Dollars fluctuates so wildly that there is no reliable “book value” for the currency. It could drop to zero tomorrow and I could lose everything I paid for my Bitcoin.

At least with ordinary currency I know that if it loses 90% of its value I can go to the store and spend it on something.

There are a lot of ways to try and wrap your head around the idea of cryptocurrencies. Some people have made great wealth for themselves by investing in and trading one or more different currencies. There are people who think that the currency can be used to replace other payment systems altogether, as a way to streamline the process of online payment and eliminate many of the current costs associated with it. And there are others who think that it is a scam, a flash in the pan, that will quickly fade into oblivion. Undoubtedly, cryptocurrencies are going to be an ongoing innovation that provides ample opportunity for writers to come up with their own takes on what this new form of currency means.