How will gadgets affect our lives?

by Claudie Delafosse 3 months ago in gadgets
Report Story

Gadgets continue to change our lives in many surprising ways. 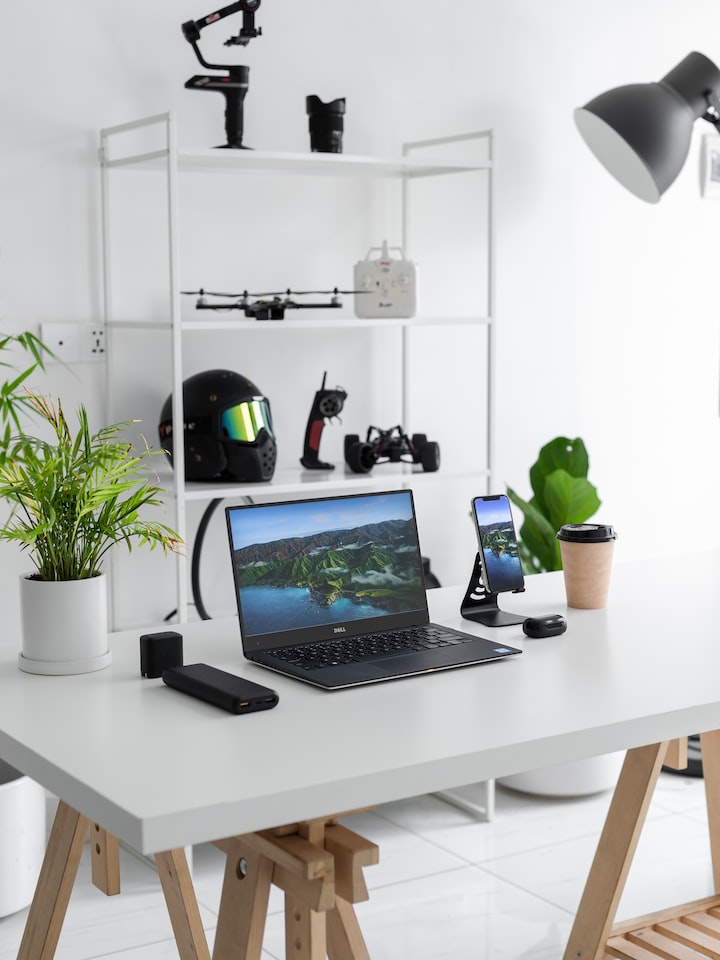 Today gadgets surround us. We keep our cell phones in our pocket, and have tablet PCs on the table. We have laptops, desktops and game consoles at home. Other technologies like sensors, smart meters and so on are also around us. And now we're about to get microchips in phones and other gadgets used for payment.

This means that our lives are more and more connected by computer technology. Electronics are ever more pervasive in our lives. I think there's a problem though with the way we use smartphones, tablets, laptops and all the likes of them. It has become somewhat de riguer to be constantly “plugged-in”, connected to our online social networks or e-mail system (even when at home).

As I see it this is bad for a number of reasons: a) It encourages communication in an almost instant fashion :The rapid rate of communication means that you're never away from your friends/colleagues etc. – even if they're not around we've got technology to communicate instantly with them b) The same idea goes for news.

Gadgets are taking over our lives.

When I was a kid, I used to think that gadgets were cool. The first computer I ever saw was an Apple 2e. I played with it at my friend's house and thought it was amazing. But when I got home and told my parents about it, they just laughed at me and said that computers would never be a thing for us because they cost too much money and are only for rich people.

Well, guess what? My parents were wrong. By the time I was in high school, computers were more accessible than ever — even to middle-class families like mine — and they've only gotten cheaper since then. Nowadays, most people have at least one gadget in their homes: a smartphone or tablet or laptop or something similar.

And if you don't have one of those things yet, well... what's taking so long? You can get a smartphone for less than $100 these days! I'm not trying to make fun of my parents here (because they're awesome). It's just that this whole "gadgets are taking over our lives" thing is nothing new; it's been happening since before we were born!

The only difference now is that there are more gadgets around than ever before...

The world is changing, and so are the ways in which we communicate with one another. As smartphones and other gadgets become more and more advanced, they are becoming a major part of our lives. We’re becoming more and more connected. It’s not just that we can reach out to people all over the world in an instant.

We’re also able to interact with them in new ways. For example, if you have kids, you know how much time you spend on your phone taking pictures of them or posting about them on social media. And it’s not just you as a parent — kids have their own phones these days!

The same goes for teens, young adults and even older adults who use their phones to connect with others online instead of actually talking face-to-face at times.

We live in a world where the digital revolution has changed our lives. From social media to smart phones, people are constantly connected to the internet and the devices that allow them to be so. The rise of technology has been a blessing for many people, but it's also had its negative consequences.

As technology becomes more prominent in our lives, it can have an effect on our health and well-being. The more time we spend on our phones or computers, the less time we have for human interaction and real life experiences. The following infographic looks at how gadgets affect our lives: We are always connected to technology We live in a hyperconnected world where being online is not just an option — it's expected.

Technology has become a part of our daily lives — we check our phones multiple times per day, scroll through social media feeds during lunch breaks and rely on communication apps during work meetings.

If we want to get ahead in life, we need to balance our gadgets with the world around us.

We use gadgets to work, play and connect with friends and family. Gadgets are an important part of our lives, but they can also take over if we're not careful. Here's how gadgets affect our lives: Gadgets make us feel like we have to be available all the time. If you're constantly checking your phone or laptop, you may feel like you need to answer every email immediately or respond to texts right away.

You don't always have to respond right away — especially if you're busy with other things! Gadgets can distract us from what's really important in life. It's easy for gadgets to become an obsession, which can make it hard for us to focus on other things that matter more than what's happening online or on our phones.

If something important comes up in person or by phone, put down your gadget and give the other person your full attention instead of just half of it. We often forget about real-life experiences when we're using gadgets too much.

Fortunately, we're not going to need to wait until January to get our hands on the next generation of gadgets. Tech companies are constantly working on new devices and applying new technologies to enhance user experience. Some of the new technologies that we expect to see in the next generation of gadgets are set to have a significant impact on us as a society.

We'll have more freedom and choice with what we use thanks to improvements in virtual reality (VR), while changes in the way we store data will change the way we interact with each other. Well, what can we say? The future is exciting and "gadgets" will no doubt continue growing in popularity.

📰Hi, I'm Claudie and I write about phones, tech, fashion and more. My work has been featured in Mashable, CNET, Gadgette and more! I live in London 🇬🇧 and I love to travel 🌎

More stories from Claudie Delafosse and writers in 01 and other communities.