Cryptocurrencies Are Not Really Regulated In The US

by Pralines and Cream 25 days ago in cryptocurrency 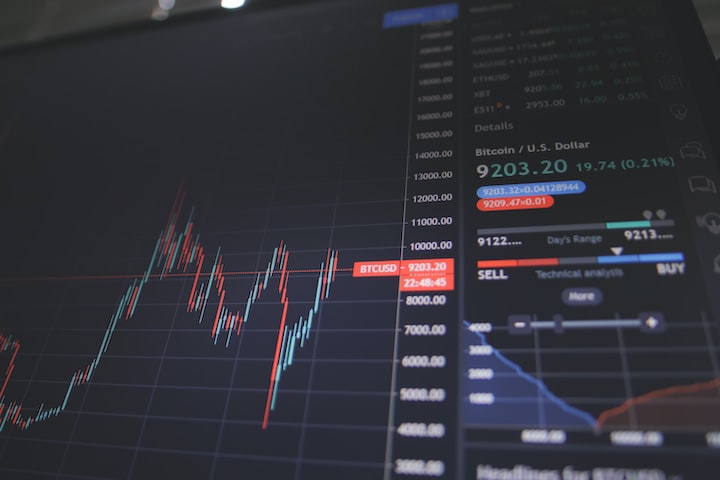 Photo by Nick Chong on Unsplash

Hello, my name is Jeff and I’m a cryptocurrency investor. I have been investing in cryptocurrencies for over three years now and have seen the markets go through massive ups and downs. Through all of this I have kept records of what has happened while also looking at what goes on outside of the cryptocurrency world. What I saw made it clear to me that cryptocurrencies are not really regulated in the US like other assets such as stocks and bonds. As soon as I came to this realization, I decided to look for ways and means for people to invest in cryptocurrencies safely.

Cryptocurrency is not currently regulated by the SEC or any other government agency in the U.S., although regulation on this topic has been proposed.

Key Points for Investors to Consider

Cryptocurrencies are not traded on exchanges. The two largest exchanges that trade cryptocurrency only allow cash deposits and withdrawals, which eliminates credit card and debit card transactions.

Exchanges that offer cryptocurrency transactions tend to be more popular with retail investors than institutional investors, which is where most hedge funds and institutional money managers participate in the market.

Unlike a traditional stock or ETF, cryptocurrency is not issued by a company, but rather through a process called “mining,” which is open to individuals or groups using computers to solve complex math problems. New coins are created as rewards for solving these problems; some coins can be purchased as well.

There are several hundred cryptocurrencies trading today, each with unique characteristics and traits. Many of these cryptocurrencies were created with little value behind them other than the effort required to solve the math problem associated with creating them.

Cryptocurrency is a young industry, and it is still the wild west. As a result, there are no regulations from the government which can be used to protect investors. The SEC has been looking into the situation with regard to cryptocurrency ICOs, but they are only at the stage of issuing warnings at this time. For example:

“The SEC’s Office of Investor Education and Advocacy is issuing this Investor Bulletin to make investors aware of potential risks involving investments in cryptocurrency-backed fundraising efforts and initial coin offerings (“ICOs”). Through this bulletin, the SEC staff offers guidance on how investors can determine whether an investment in an ICO or other cryptocurrency-related investment is legal.”

However, there are some protections that investors can use to help protect themselves.

First, there are consumer protection laws that could be used if something goes wrong in a transaction, such as a company not honoring their commitment to a product or service. Secondly, there may be laws that govern refunds if someone decides that they do not want the product when it comes out. Finally, people should do their due diligence before investing in an ICO or a cryptocurrency. It is important to know what you are getting involved with before you invest your money in it.

When people talk about cryptocurrencies being unregulated, they usually refer to ICOs or initial coin offerings. These are a way for new cryptocurrencies to be created, and it is true that this process is unsupervised by the SEC. But once a cryptocurrency is up and running through an ICO, there are a whole host of regulations on whether or not the cryptocurrency can be listed on any exchanges.

Many people have been wondering why it has taken so long for the SEC to crack down on these ICOs that have been breaking the law all over the place with no repercussions. It turns out that it takes time for investigations to take place before anything can happen with enforcement actions meant to protect investors from fraudulent practices in initial coin offerings.

How Cryptocurrencies Are Not Really Regulated In The US

Bitcoin and other cryptocurrencies are not regulated by the U.S. government, and that’s unlikely to change in the foreseeable future. Yet this doesn’t mean that Bitcoin is completely unregulated. Instead, many states have opted to regulate cryptocurrencies in their own way. So, while you can use Bitcoin as a medium of exchange without any regulation whatsoever, it’s currently heavily regulated in many states and countries.

One way of looking at the issue is to think about the sales tax you pay when you buy a car or any other major purchase. If you buy a $50,000 Tesla, for example, you’ll probably pay about $3,000 in sales tax. The state that you live in is likely to consider that sale taxable even though Tesla isn’t technically a local business and doesn’t have a brick-and-mortar store within your state’s borders.

The same thing applies when it comes to Bitcoin. If you live in New York and use Bitcoin to purchase something from a merchant located outside of New York State but within the United States, then the sale is taxable by the state of New York. The same goes for transactions within countries or even continents if goods are shipped between them.

We have discussed the legal status of crypto, which has been quite vague over the past several years. We have observed that the SEC has, at least, clarified its position on some regulations in the crypto space; however, there still remain many complicating factors that make investing risky for potential investors. Despite all of this, it is worth noting that much of the cryptocurrency investment community is based in optimistic enthusiasm for a potentially paradigm shifting innovation. However, one could argue that this makes sense as many of these enthusiasts also support disruptive technologies such as artificial intelligence (AI) and self driving cars.