by Ty Mc 6 months ago in apps
Report Story

Showing information on Azure Fundamentals from Microsoft itself... 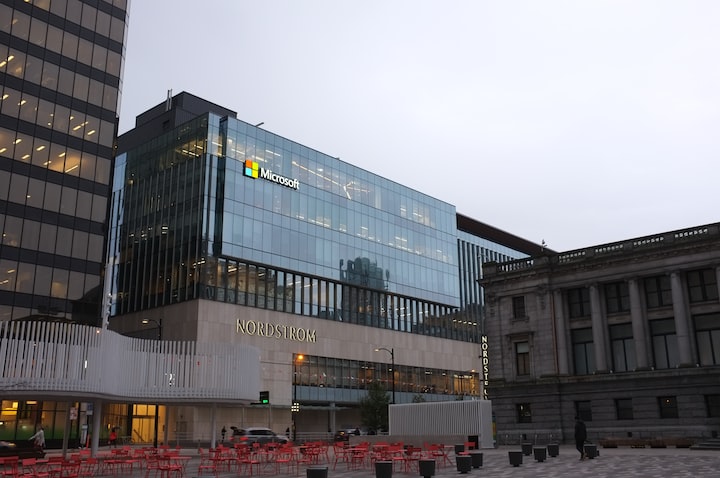 Photo by Matthew Manuel on Unsplash

I have already written a story telling people about the cloud service created by the Microsoft corporation called Azure. Now, I am going more into the Fundamentals of Azure as taught by Microsoft itself on the url docs.microsoft.com. First, I am going to start with core Azure concepts of Azure. One of these core concepts is that Azure can be utilized with a free Azure account or using the Microsoft Learn sandbox. Basically, you can use a lot of the programs in the Azure cloud computing service without having to spend any kind of money as long as you have a computer that can run Linux, Windows, or a phone that can download the Azure mobile app. Now, as explained before, cloud computing is the delivery of computing services over the internet. Cloud computing can be used to use a near limitless pool of resources for any kind of technical work like testing computing systems, developing applications, and create a secure remote virtual network for your company. You can also use technologies like speech recognition and other cognitive services which you can add to your own programs. All of this allows you to innovate faster using a cloud environment than if you had to pay for a traditional data center or purchase your own servers.

Now to work with Azure, you need an Azure subscription, which Azure treats as a logical unit of Azure services that links to your Azure account. After that, you can use management groups: groups that allow you to manage governance across multiple Azure subscriptions. Resource groups are also available which allow you to, well, group resources together. Resources in a resource group can only be in one resource group and RBAC can be applied. RBAC is an acronym for role-based access control which gives people certain permissions to do things with the resources based on their roles & the privileges which come from each of those roles. Azure can be used with three deployment models for cloud computing: public, private, and hybrid. Public cloud computing services are offered over the public internet and available to anyone who wants to purchase them. This is probably the most common usage of Azure when it comes to cloud computing with Microsoft as the third-party cloud service provider. Then there is a private cloud where one company or business has its employees or people working with the organization by the only users of the cloud hosted from an on-site datacenter. It can also sometimes be hosted by a third-party, but said third-party will only allow said cloud to be utilized by one company or organization. Finally, you have the hybrid cloud which is a combination of the two where you have both a public and private cloud. The data and apps developed by a singular organization is shared between the on-site data center and the public cloud. Public clouds have the benefit of having no capital expenditures to scale up and making users only pay for the resources they want to use without any kind of upfront costs. Private clouds have the advantage of allowing an organization to have complete control over resources and security, but it also comes with hardware that must be bought for start-up/maintenance & the organization becomes responsible for all hardware maintenance as well as updates. The hybrid cloud model offers more flexibility and allows the organization to control security, compliance, and legal requirements. Organizations also determine where to run apps: on public cloud services which open on the internet to others or on private datacenters which are closed off from being accessed by others.

This is only a summary of Part 1 of Microsoft Learn's Azure Fundamental program. There are six parts to go over and I will be typing up information on those in order to give information to those interested in working with Microsoft Azure.