Are Cryptocurrencies The Currency Of The Future? 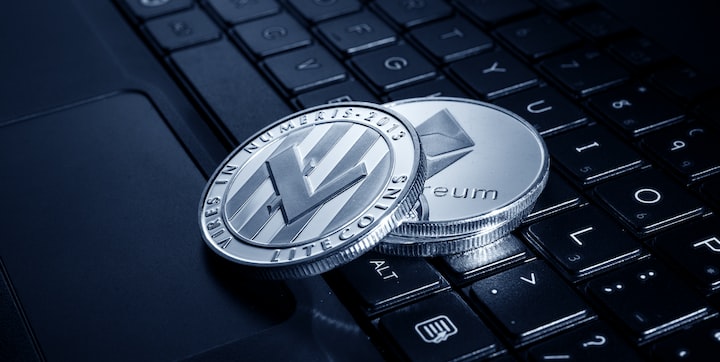 Photo by Jievani Weerasinghe on Unsplash

Are Cryptocurrencies The Currency of the Future? Another Global Financial Crisis Sidelined By The Blockchain. Another financial crisis is looming, but this time one that could potentially cripple banks and the global financial system at large. Looking through history, there have been many financial crises.

Cryptocurrencies are the future

If you want to learn how to make money from these currencies, then you need to first understand what it is. It’s a type of digital currency that can be used for transactions online.

This means that you will be able to exchange your money in real time with another person who has access to the same currency as you do.

You might think that this sounds complicated but it really isn’t. All you have to do is register with one of the many exchanges available on the Internet and then choose which currencies you want to buy and sell.

The best part about this is that you don’t even have to leave your home in order to do it! You can just sit at home and trade the cryptocurrencies while watching TV or listening to music or whatever else you want to do.

You see, when you use these currencies, they are backed by something called “blockchain”. This simply means that every transaction made using these currencies will be recorded so that anyone can look at them if they want.

Cryptocurrencies are an international currency

Although cryptocurrencies have been around for some time now, people are still hesitant about them. This is partly because cryptocurrency came into the limelight during the stock market turmoil of 2008. People are therefore very weary of it and they would rather their money not be associated with anything that has to do with the stock market. They think that it is too risky and unpredictable.

But what if we told you that cryptocurrency is actually safer than the American dollar? The US dollar has lost over 95% of its value since 1913, while Bitcoin has been stable since 2009. A country’s currency collapse will only affect those in the country, but not those using cryptocurrencies like Bitcoin. Plus, Bitcoin has been around for more than a decade now so it is proven to be reliable and relatively safe to use. So why does it still seem like a foreign concept to most people?

This is mainly because of how new cryptocurrencies are, compared to our trusty fiat currencies like the US dollar or British pound sterling. If a country decides to stop printing money one day, no one will panic because we know that our government will never do such a thing… right?

Another reason why people don’t trust cryptocurrency is because not many people know enough about it or how it works.

The idea of a future where we may all be using digital currencies to return the majority of our financial transactions is quickly becoming a reality. Cryptocurrency, or digital currency, is a trending topic among many people today. The digital currency has been growing at a very fast rate over the last few years and is starting to become more common in today’s business world than ever before.

One of the biggest benefits that cryptocurrency has over traditional money is that it is much faster to transfer from one user to another. Instead of having to wait for hours or sometimes days for your money to transfer from one person to another, or for days for your bank transaction to go through, you can have your cryptocurrency transferred into your account in just a few minutes! This can be very convenient and time-saving when you need money right away.

Another benefit of cryptocurrencies is that they are decentralized and are not controlled by any central authority, such as a bank or government. This means that no matter where you live in the world, you can easily send money anywhere else in the world without having to worry about whether the country you are sending the money to has its own currency or not.

Cryptocurrencies are private and secure

Historically, the U.S. dollar has been the most popular currency in the world. However, it is starting to be challenged by newer currencies like Bitcoin. These cryptocurrencies are digital currencies that allow for secure and anonymous transactions across the internet.

The question is whether cryptocurrencies are the currencies of the future and will replace traditional currency?

Cryptocurrencies Are Private and Secure

One of the main reasons that cryptocurrencies are becoming more popular is because they are private and secure. With Bitcoin, you can send money to any other person without revealing your identity or sensitive financial information. There is no need for banks or credit card companies to approve or facilitate a transaction.

In addition, everything about Bitcoin is encrypted using advanced cryptography so hackers cannot access your account. In short, a cryptocurrency like Bitcoin is much safer than a bank account that can be drained by hackers or identity thieves.

Cryptocurrencies Are Not Subject to Inflation

The whole cryptocurrency market is run by the people for the people, which means no central bank or any third party interference. Moreover, the transactions are recorded in a public ledger and are completely transparent, hence completely secure. There is no need to pay any extra charges or fees while transferring money from one place to another.

In addition to this, cryptocurrencies offer a range of benefits that make it more usable than traditional currencies. Some of them include:

As cryptocurrencies are not dependent on any country or government, they can be used globally. The users can send and receive money from any part of the world without going through any middleman like banks and transfer agencies. This eliminates all kinds of transaction fees and exchange rates that come with traditional currencies.

The whole cryptocurrency market is run by the people for the people, which means no central bank or any third party interference. Moreover, the transactions are recorded in a public ledger and are completely transparent, hence completely secure. There is no need to pay any extra charges or fees while transferring money from one place to another.

Cryptocurrencies have not only revolutionized the payment system, they have changed the world. Though there are some challenges in Crypto-space, we anticipate that some of the issues will be improved as time goes by. There will always be challenges to any emerging technology or currency, but if Cryptocurrencies prove to be a viable medium of exchange, as well as a secure store of value, then it may very well become the currency of the future.